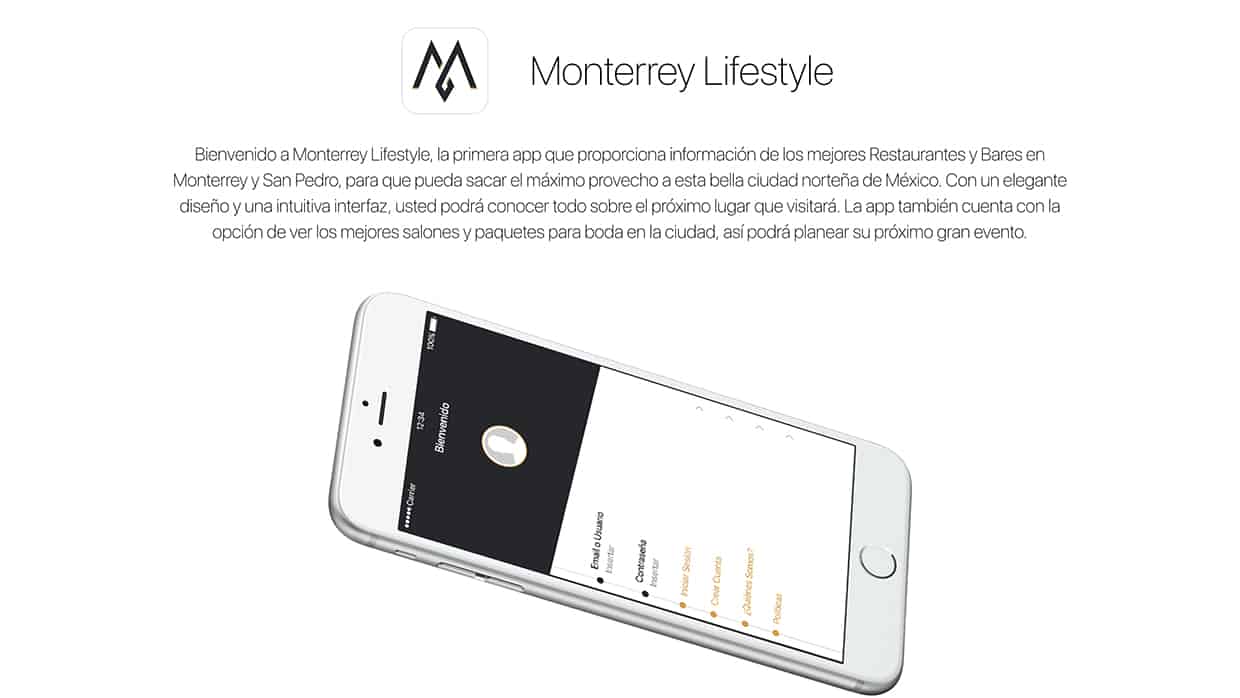 Carlos Quijano’s project “Monterrey Lifestyle” is the first app in Monterrey City that lets you discover the best Restaurants and Bars in Monterrey and San Pedro. The app also features a section with the best wedding packages, so you can plan your Big Day.

My cousin lives up there and knows a lot of the best places, so he wanted to collect and consolidate all the info from those places in an elegant and intuitive app so these Restaurants and Bars can reach a lot more customers—and customers can discover these amazing places. Adobe Illustrator. I began using the standard iOS template and using some layouts I\’ve used in some other apps I designed, but wanted it to be bolder, elegant, clearer and cleaner. The first version looks nothing at all at the final version.

“Wow”, “Beautiful”, “Looks so clean and elegant”. I learnt that app design can be as limited or as crazy as the designer wants it to be, there\’s practically no limits on what you can do. I always think as the user and design upon that, I wouldn’t want to use a horrible app. I have always thought of design as being so much more than the way something looks—it’s the way something actually works in so many different levels. I also I love simplicity and clarity, because these two things result in efficiency, but true simplicity is derived from so much than just the absence of clutter, it’s about bringing order and a sense of purpose to the things we use. My inspirations are Jony Ive and Tom Ford. The only limit to what you can do is in your head, don’t be afraid to try bold and new ideas, sometimes the crazy things are the best.
-Carlos Quijano

Carlos Quijano is a 26-year-old designer born in Orizaba, Veracruz in Mexico and majored in Industrial Designer from the Monterrey Institute of Technology and Higher Education (Tecnológico de Monterrey). I’ve been an UI/UX passionate since I discovered that a lot of the interfaces we use every day are cluttered and not very easy to use or intuitive.