“Panorama of Inner Journey” is a 360 degree panoramic interactive theatre project held in National Taiwan Museum of Fine Arts. The theme is, “水生相” in Chinese, which means “The Water Ripples of Mind” in Buddhist classics. The project focus on the interactive and random way of viewing. The construction and patterning changes every time when people walking differently in the theatre.

I was invited to design the visual identity for the theatre. Considering the theme which references the Buddhist classics, I prefer the visual to be more Oriental and Zen. I extend the strokes of logotype, transformed the text into graphics that flows like a quiet water drop. 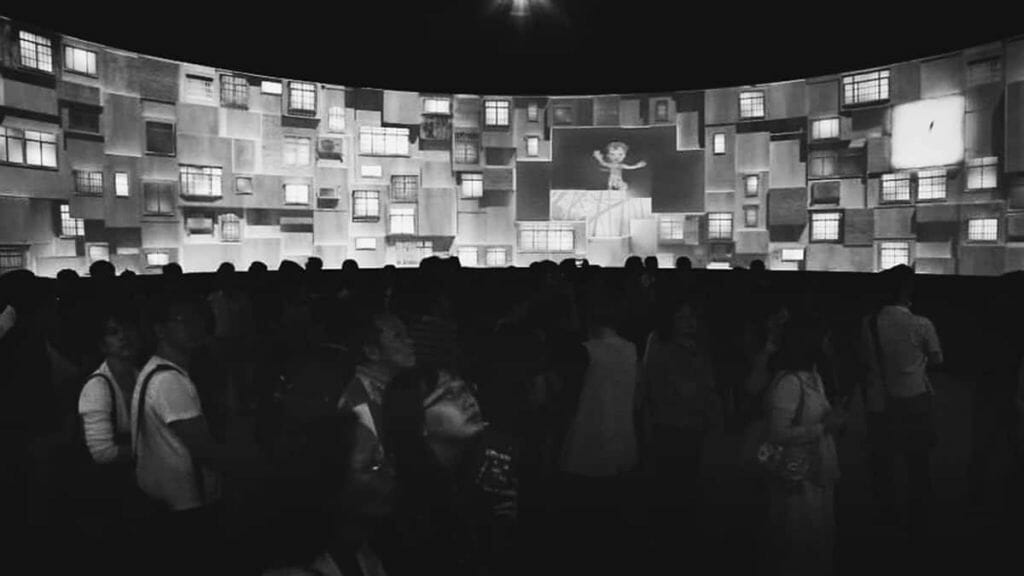 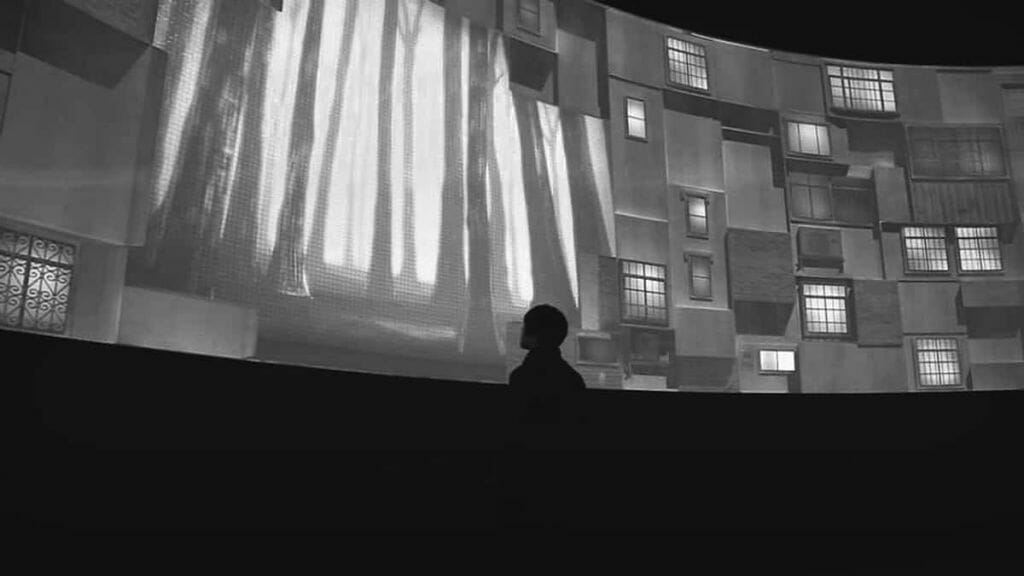 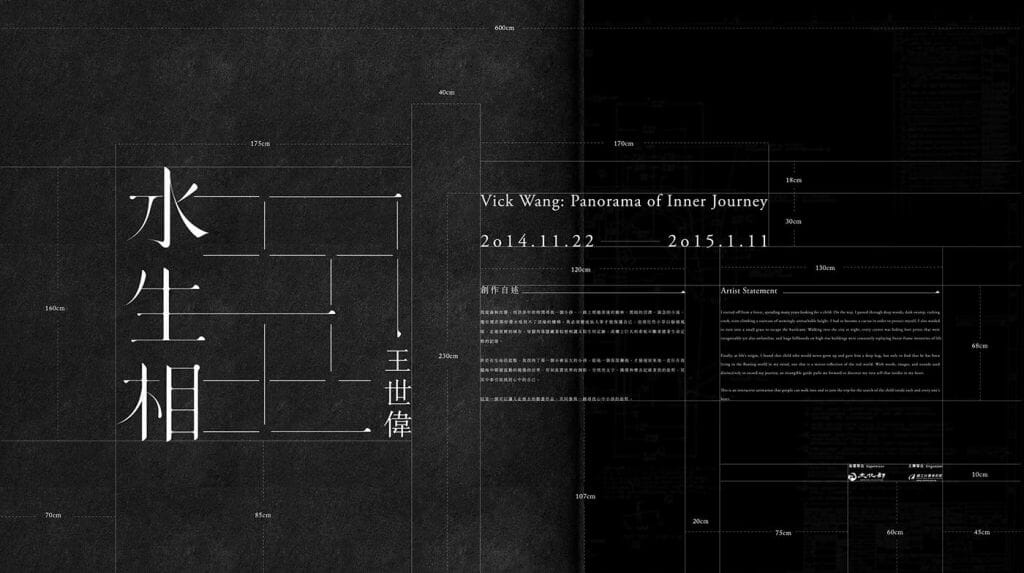 Through the different ways that water flows, the logotype imitates the walking pattern of viewers, grows into a massive and evolving puzzles of identity. 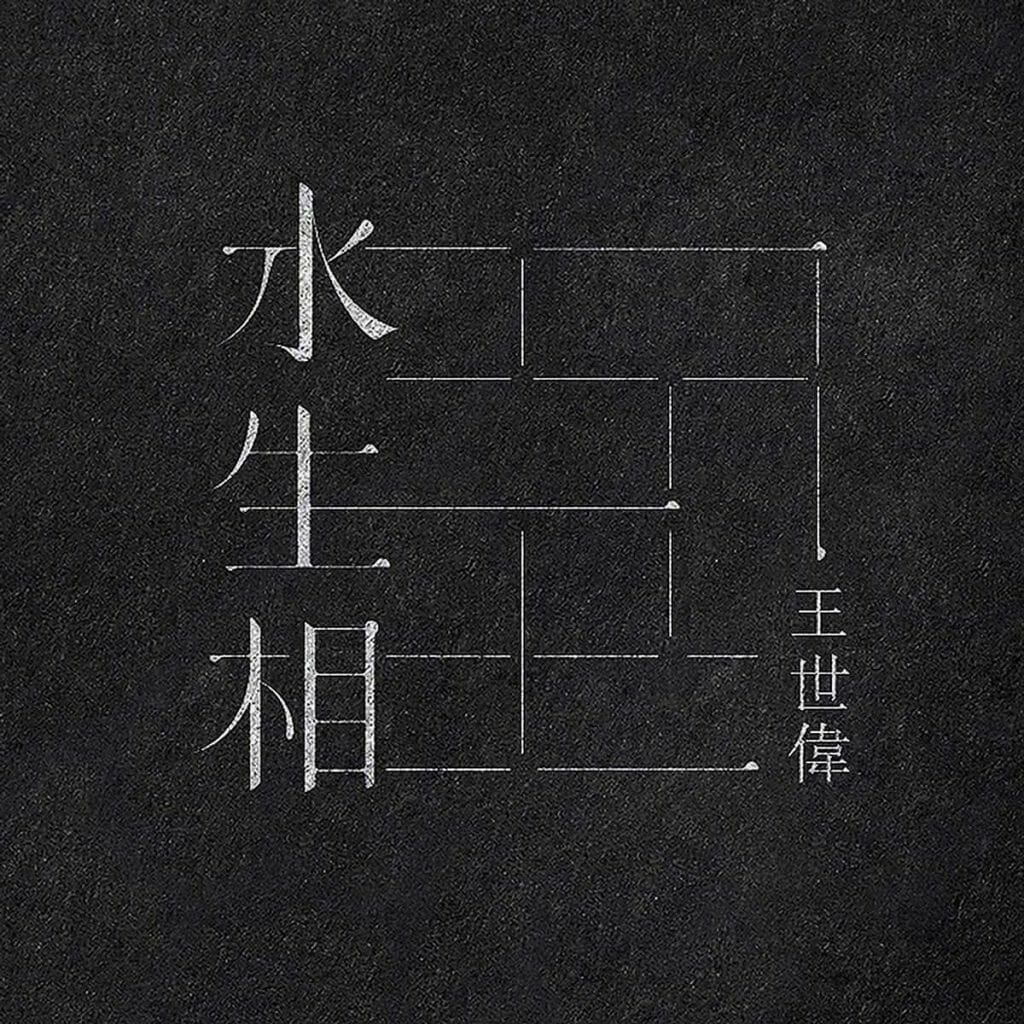 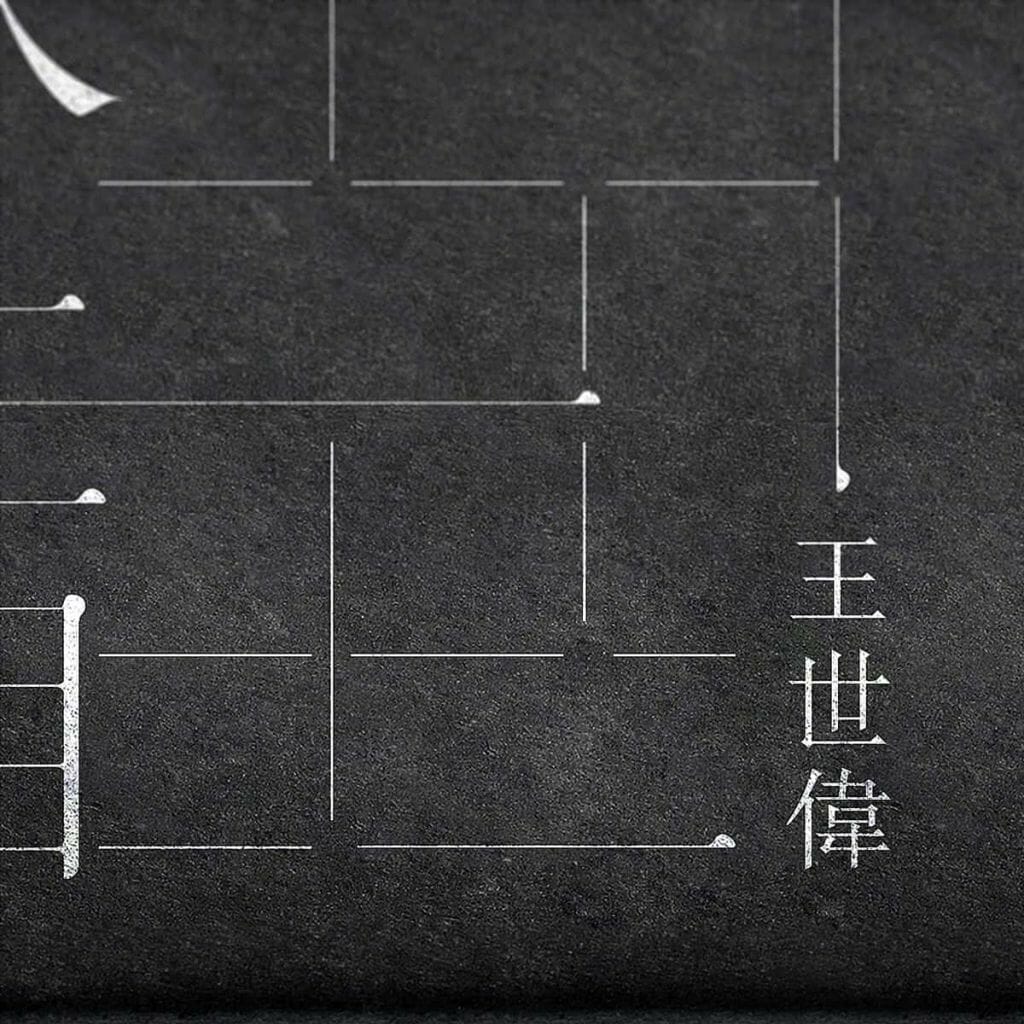 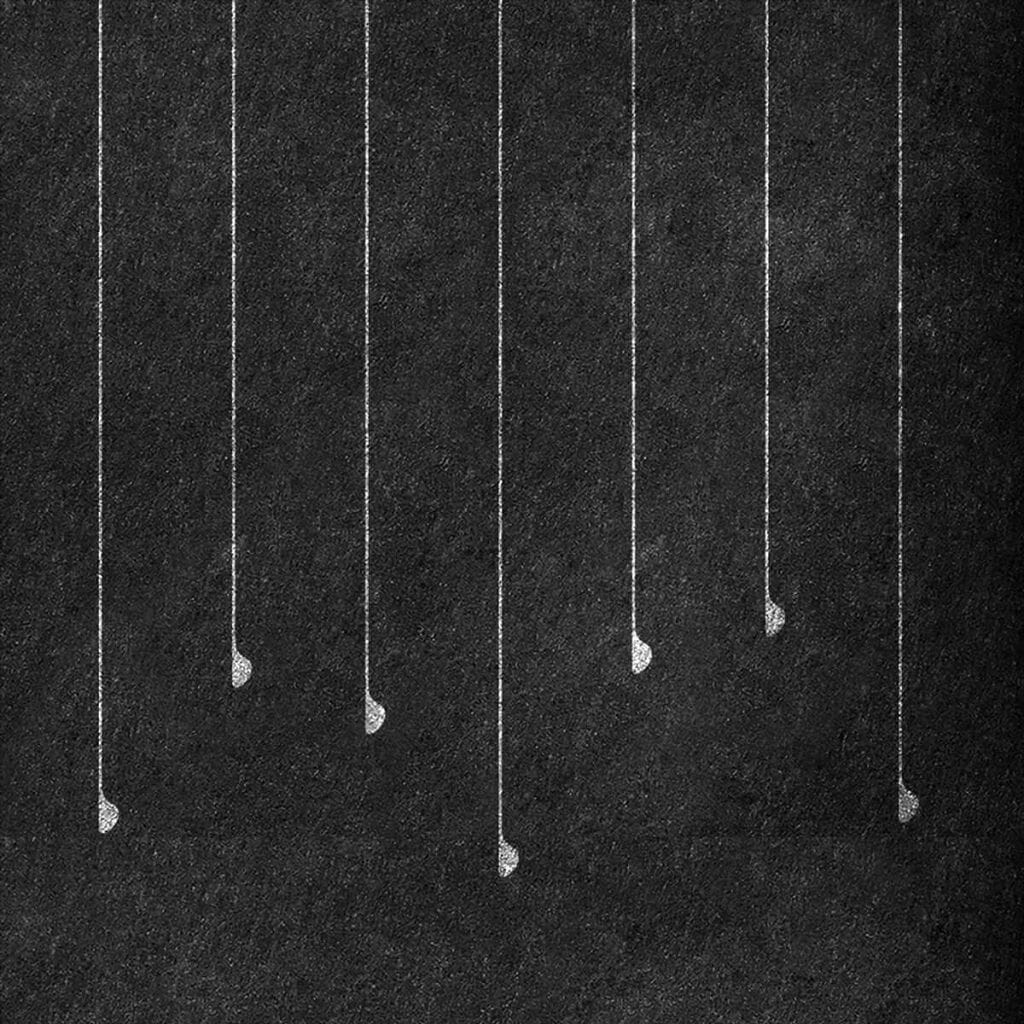 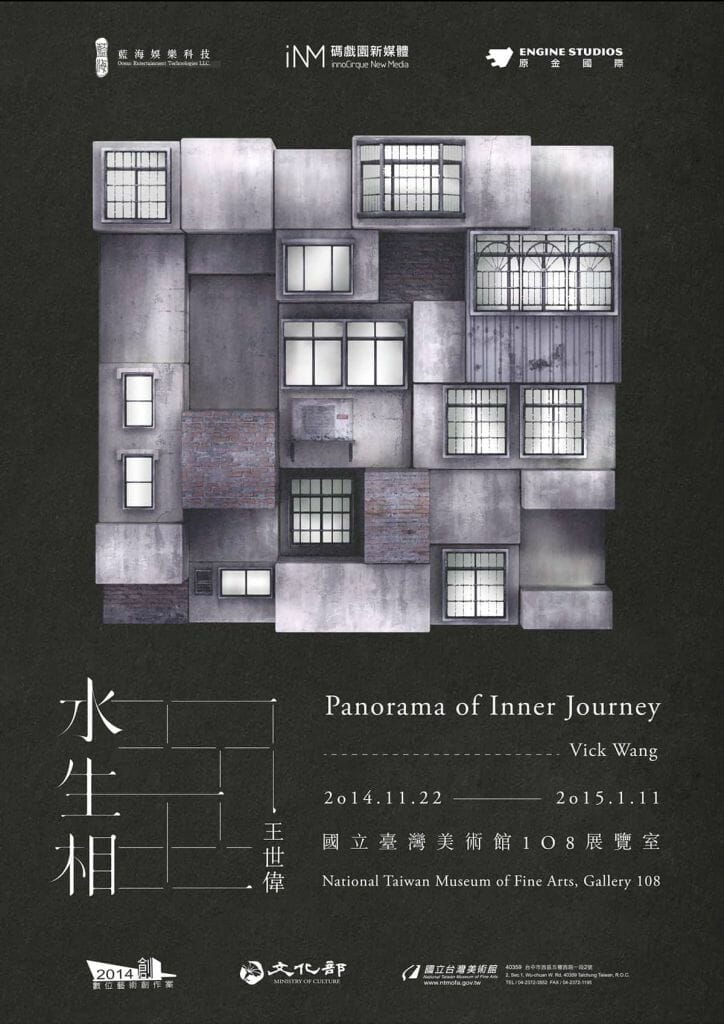 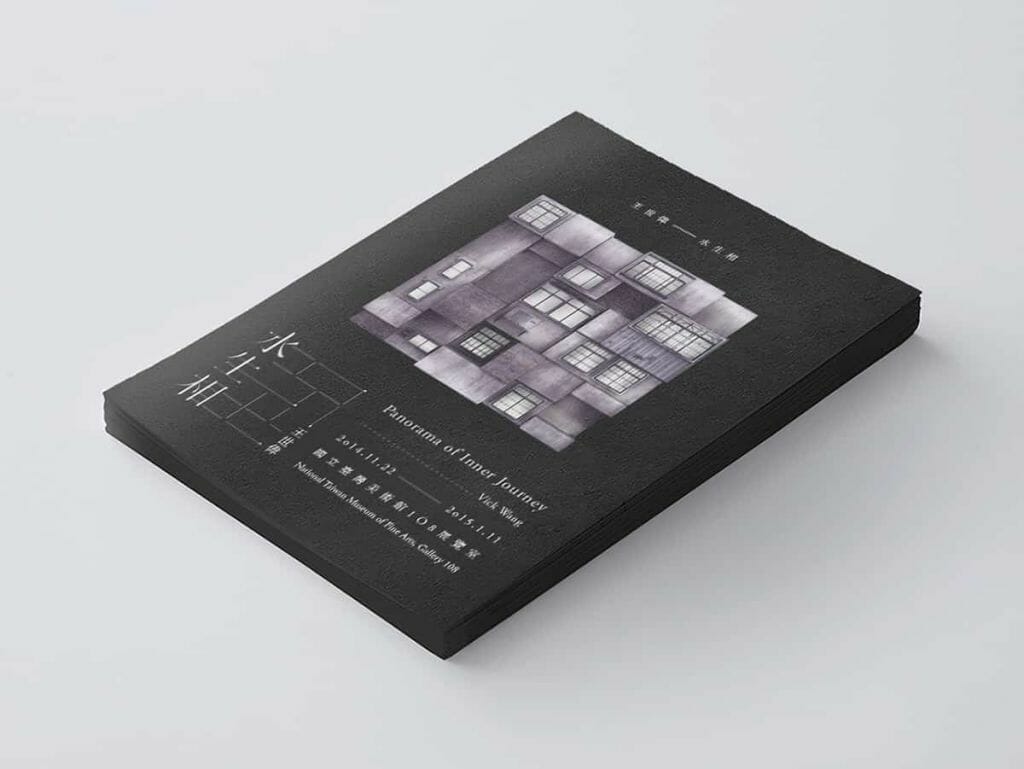 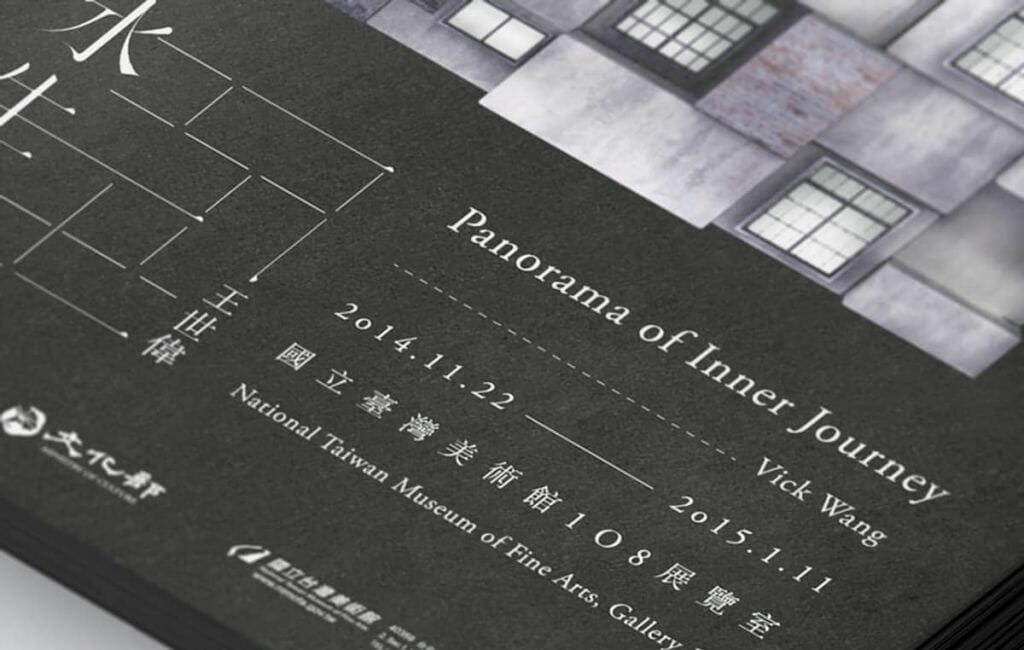 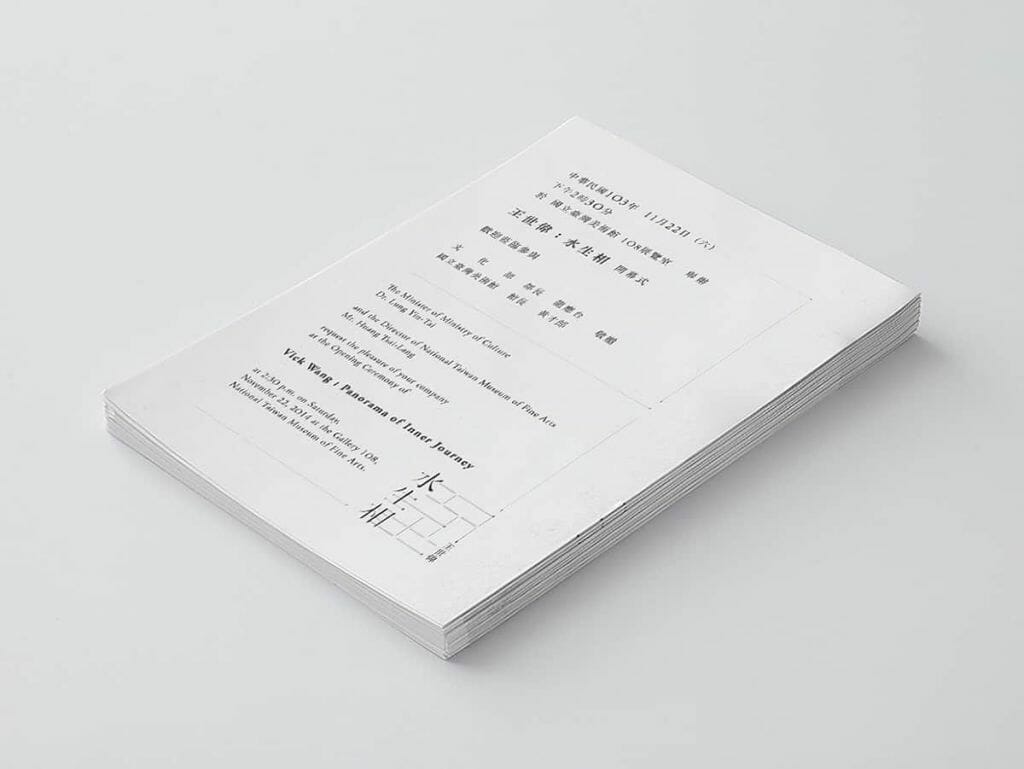 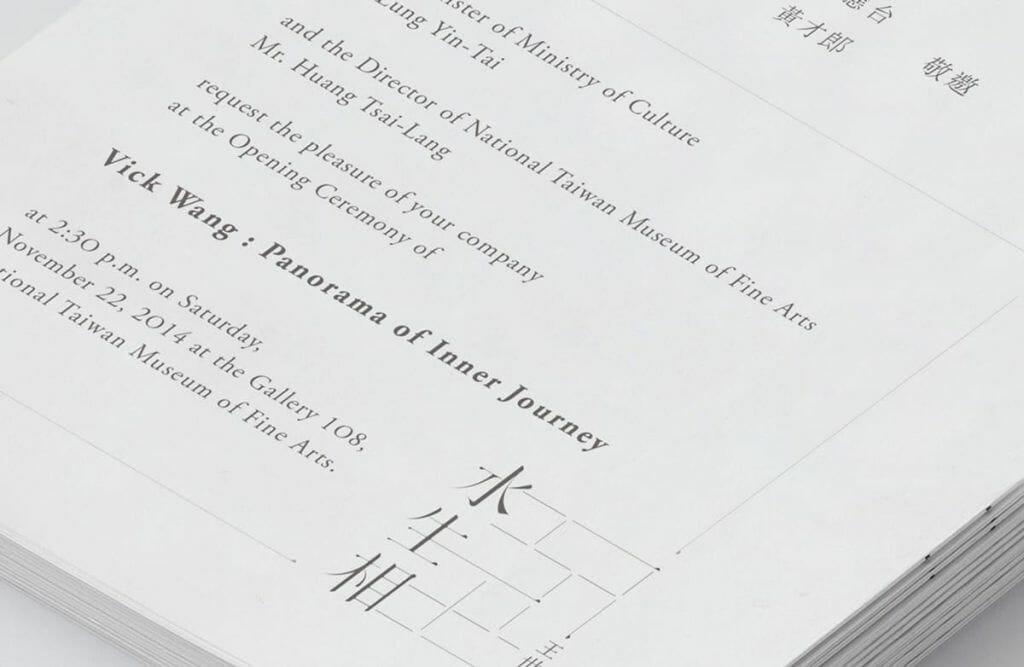 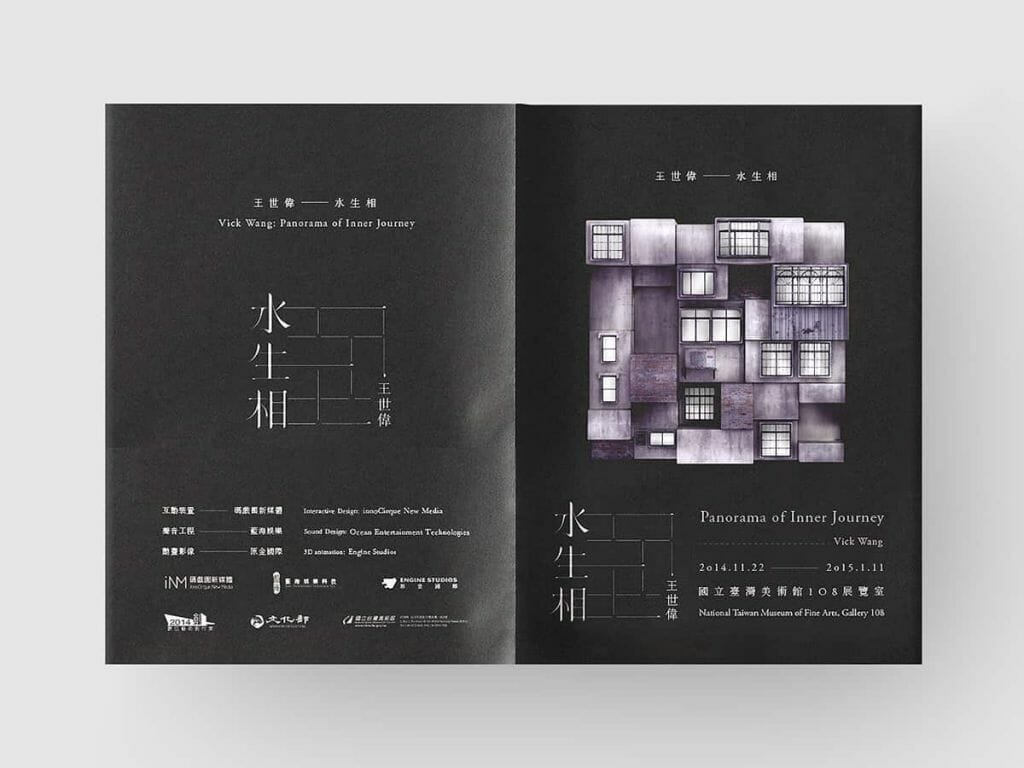 In order to create the atmosphere of Zen, the identity avoids any digitized trend, like meaningless infographics, large number of symbols and flashing images. I expect that people can feel peaceful and calm when entering the theatre. 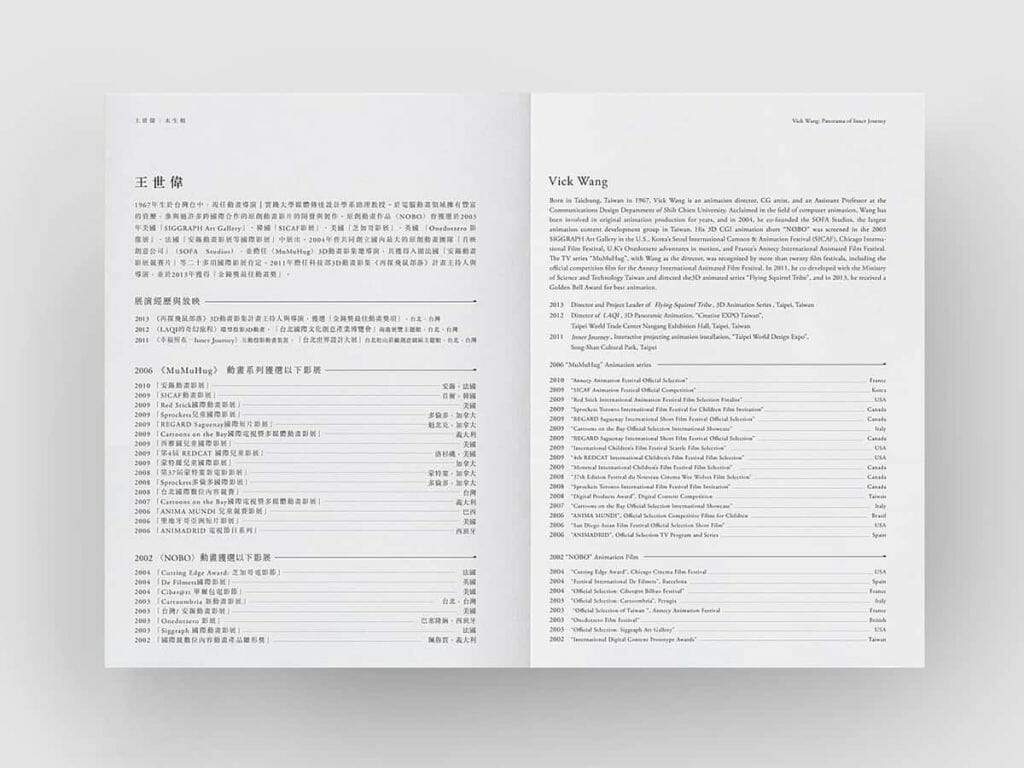 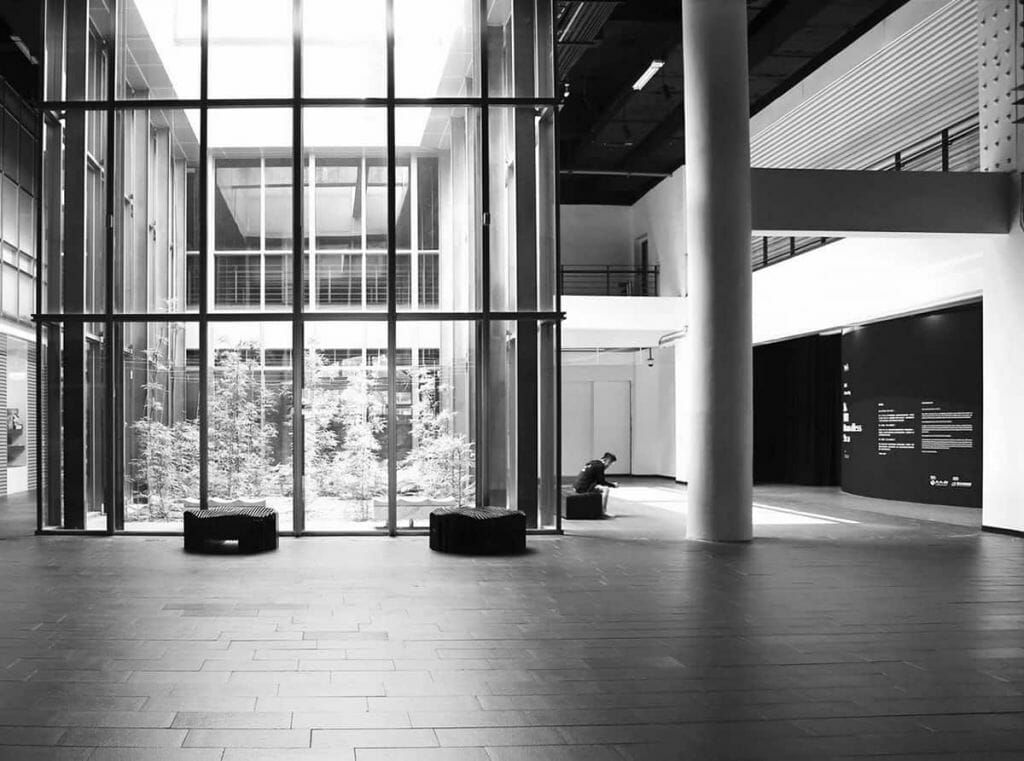 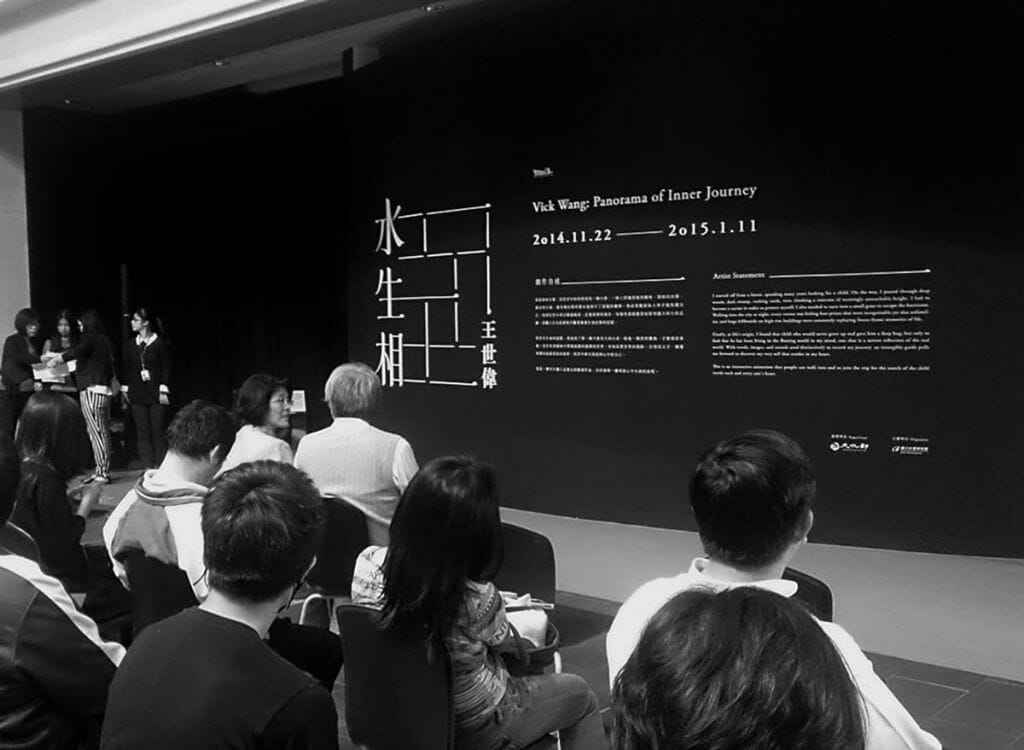 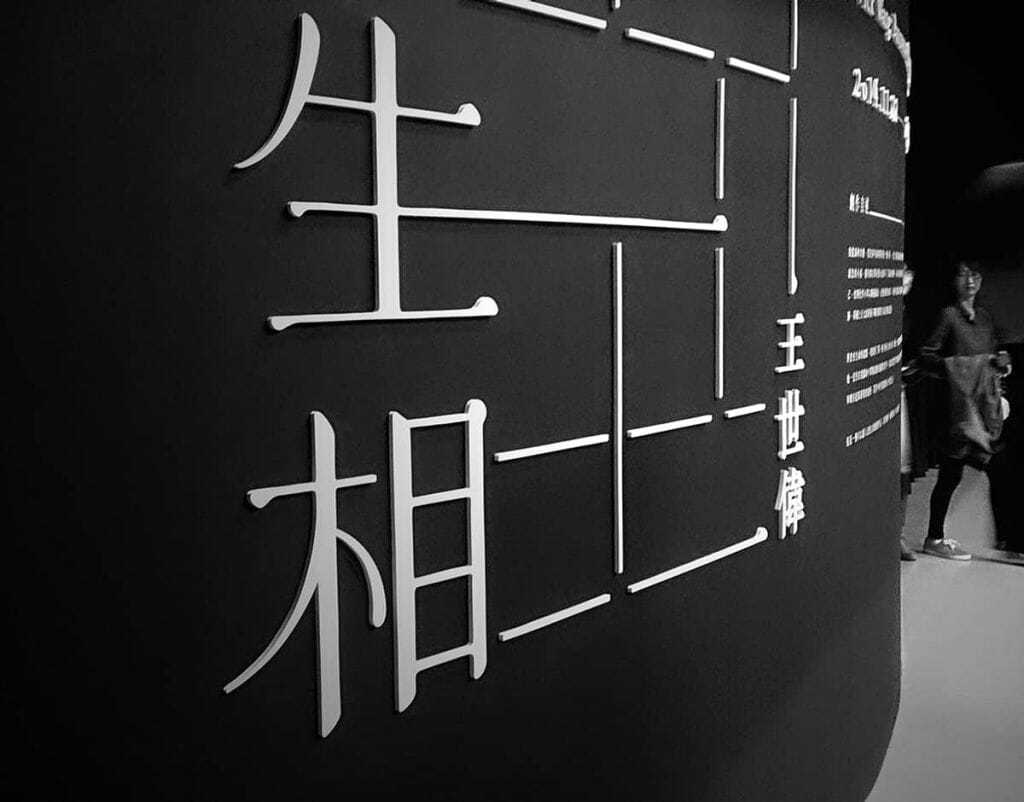 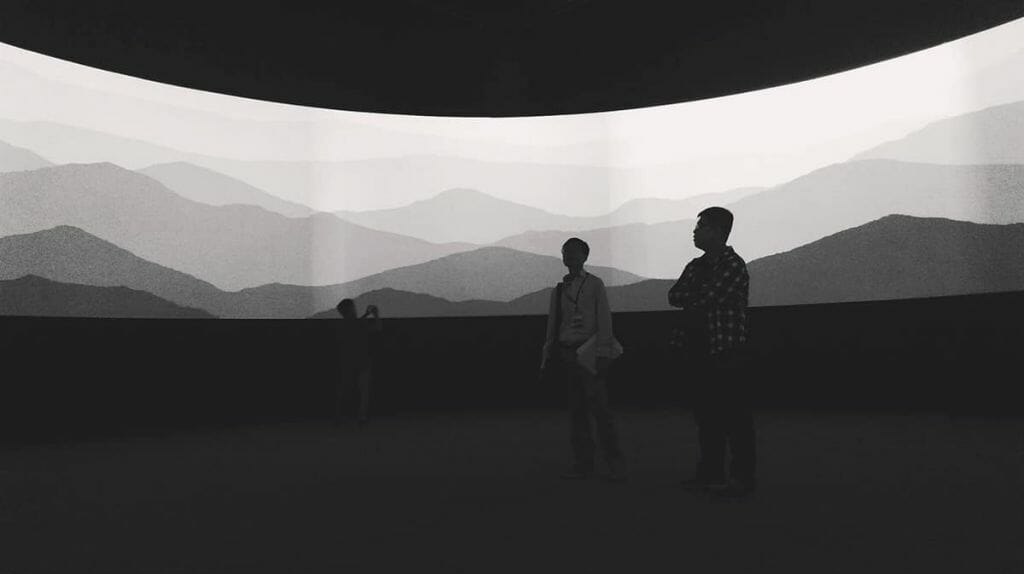 Ting-An Ho is a Graphic designer and Art director based in Taiwan. Born in 1991. In 2011, during his studies, Ting-An Ho started putting himself forward and volunteered to re-design the identity of Shih Chien University, and began as an art director. As a young and award-winning graphic designer, his design works has been invited to exhibit in Taipei International Book Exhibition, National Taiwan Museum of Art, Beijing Today Art Museum and 21_21 design sight in Tokyo, etc. His animation works has also been invited to exhibit in Stuttgart Festival of Animated Film in Germany, Animamix Biennial in Kaohsiung, and NEWGEN Design Exhibition in Beijing, etc. Graduated from Shih Chien University, department of communications design in 2014. Established STUDIO 411 in the same year. You can find more of his work on Behance and check out his Facebook account.