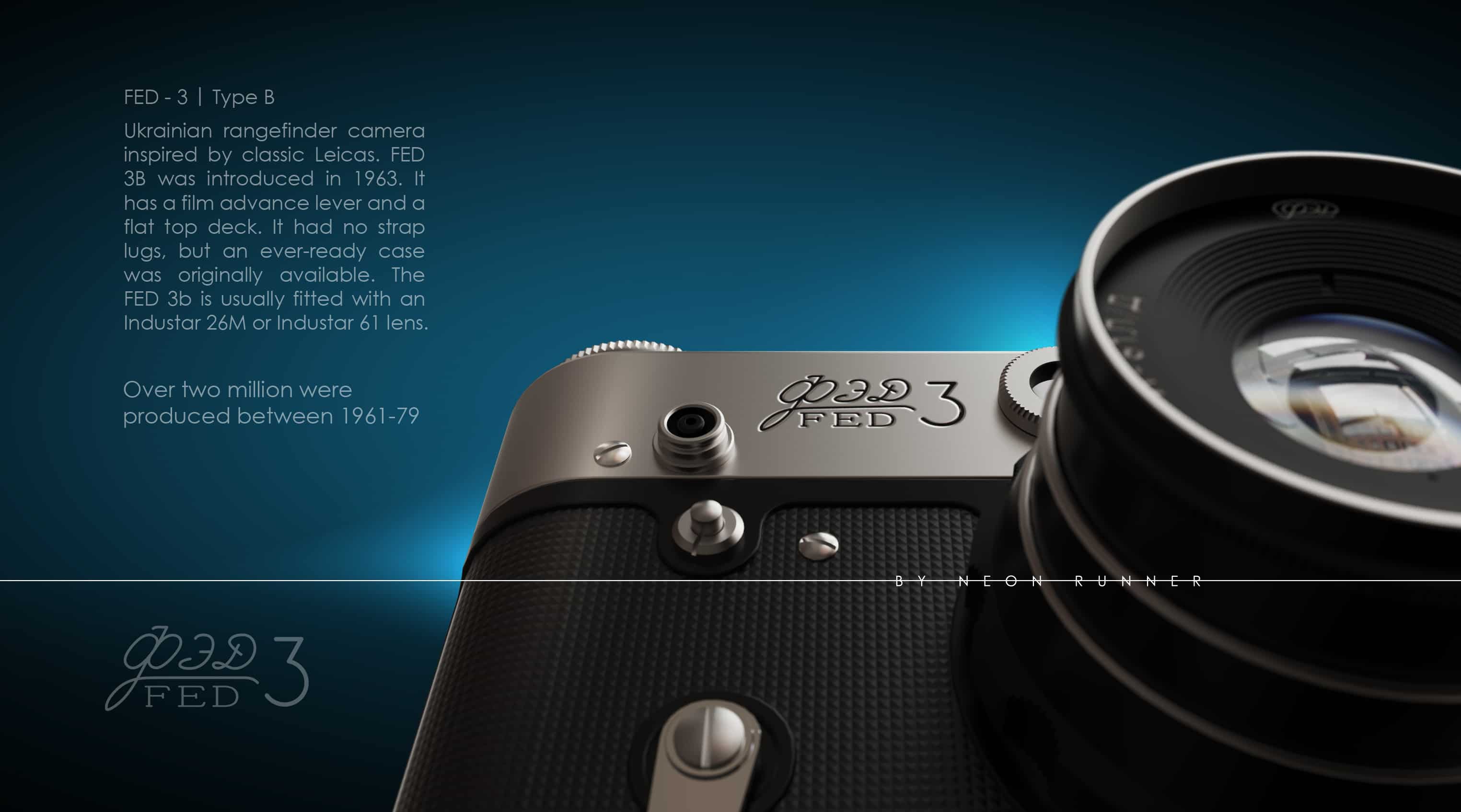 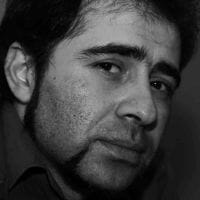 The Fed 3 is a development of the earlier Fed and Fed 2 cameras, being themselves copies of the Leica II and III 35mm cameras.
Many of the controls and much of the layout will be familiar to Leica screwmount users.
Over two million were produced between 1961-1979. 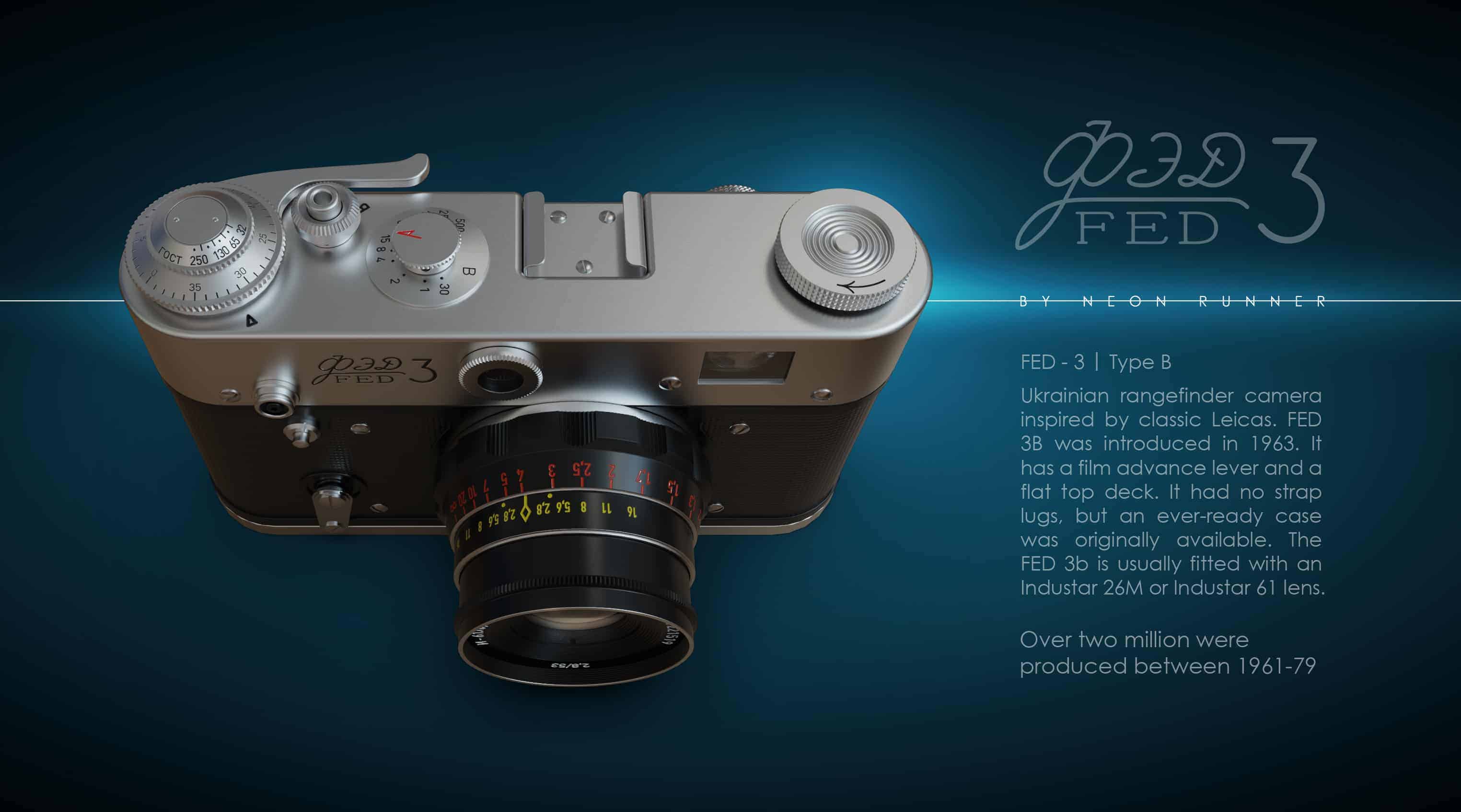 Initially there was no idea, just a decision to model and render random photo cameras for expand my knowledge in modeling and texturing.
The first one was Zenit's TTL with Helios lens, then it's started to be funny. I decided to make them, but not only Soviet cameras. 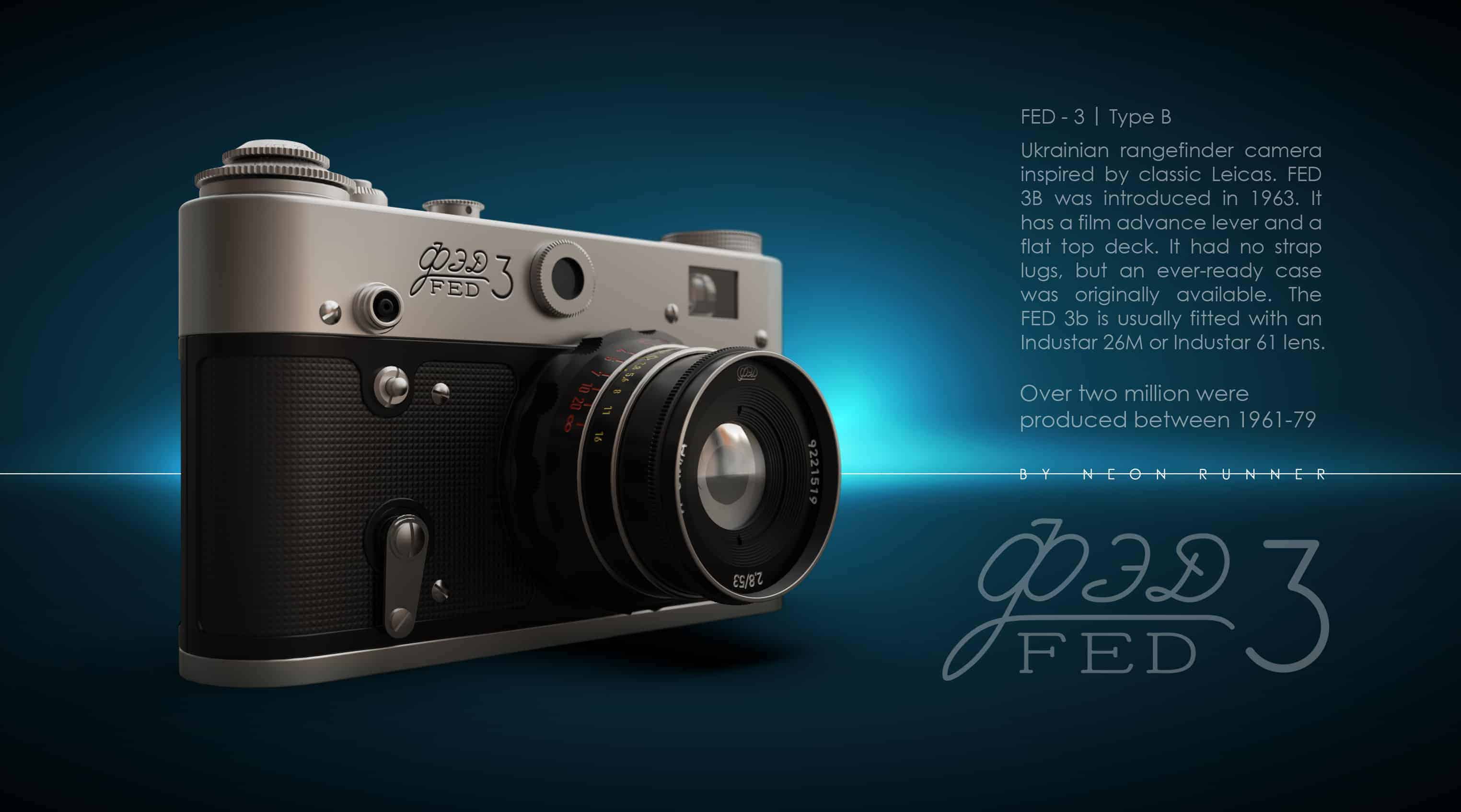 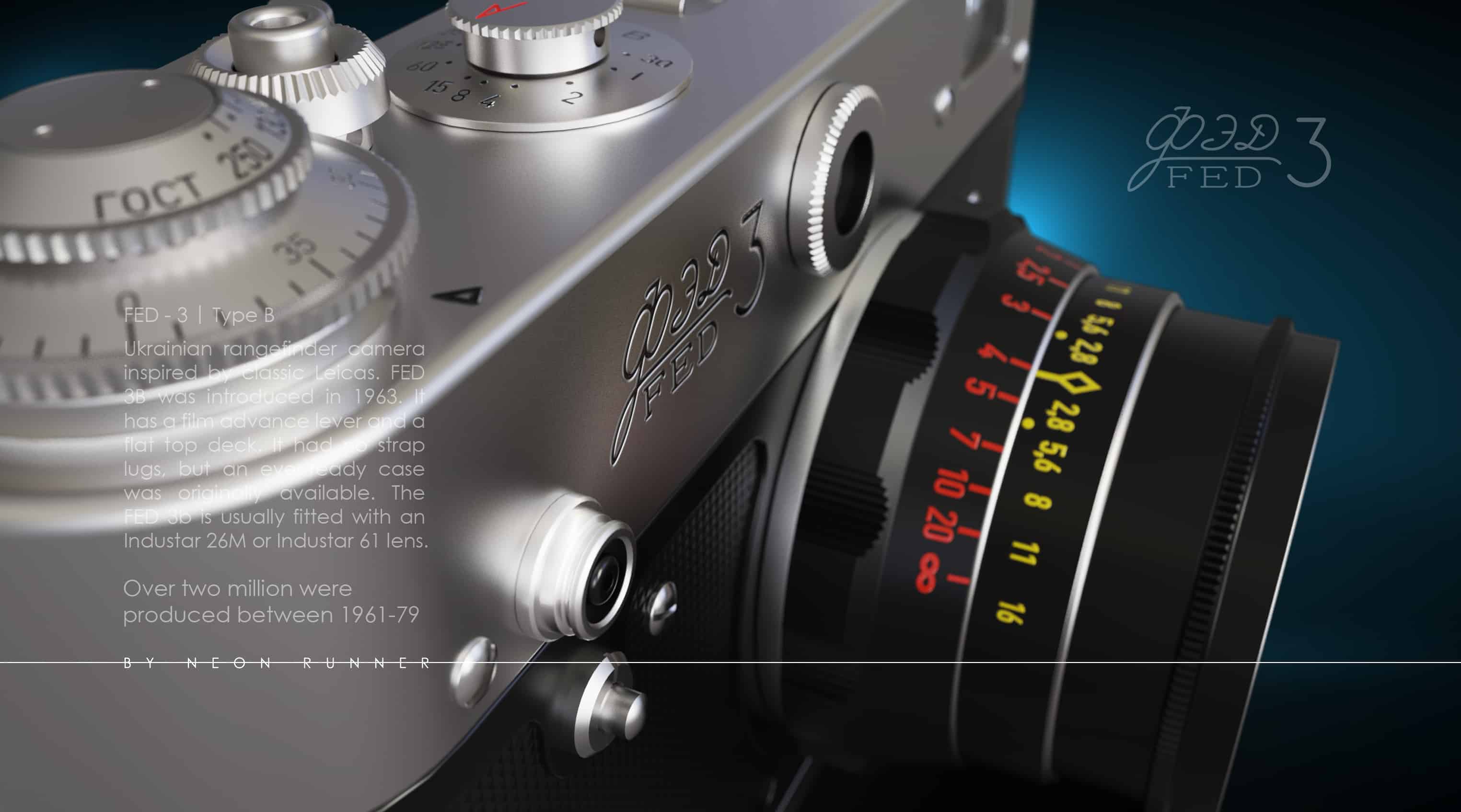 Fully modeled in Maxon's Cinema 4D and rendered in Luxion KeyShot, texture maps are made in Illustrator, retouched and finished in Photoshop.
The idea is to make some cool and modern Artworks for vintage cameras. Let's imagine this cameras in the store with that vintage monochrome posters and modern posters? 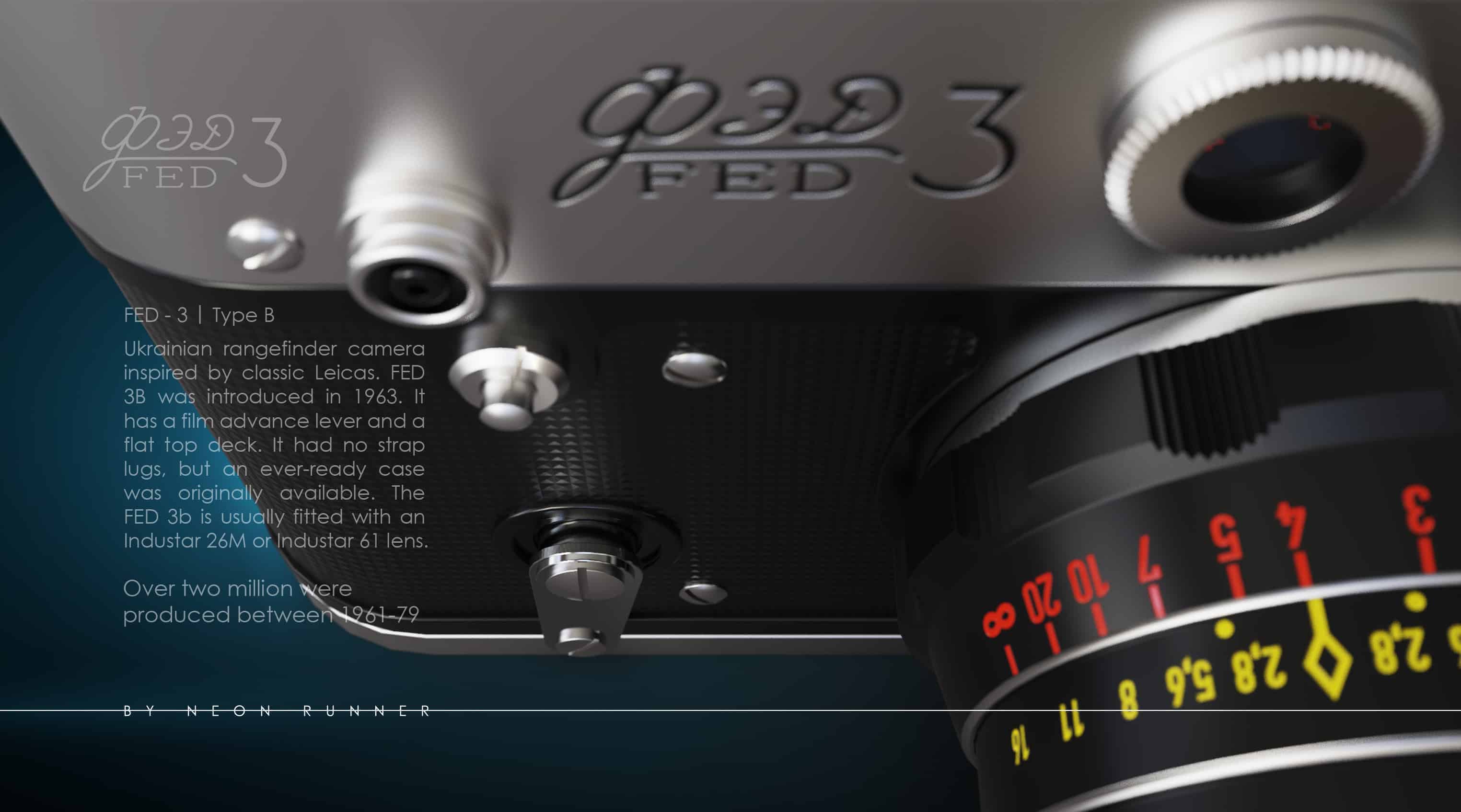 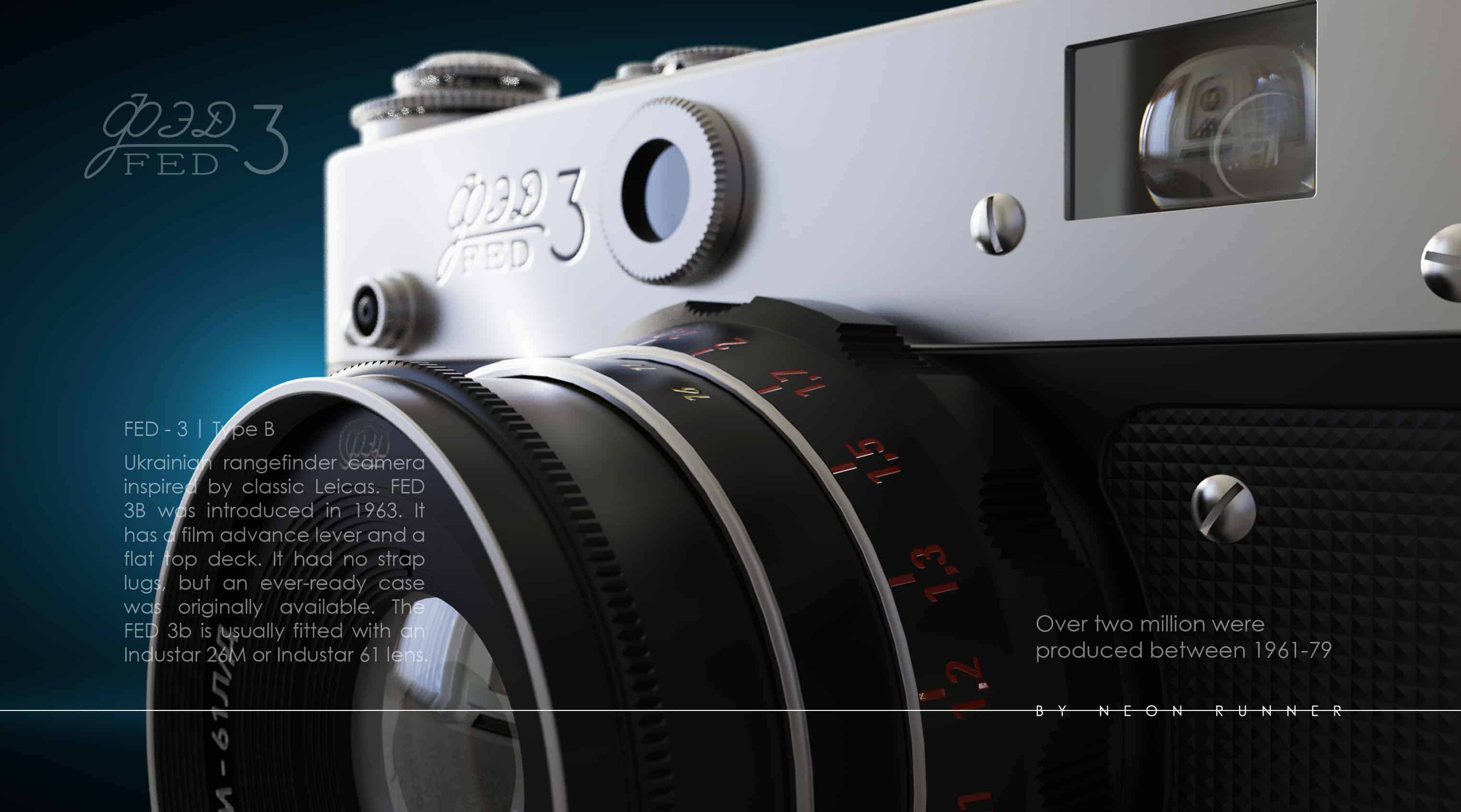 People appreciated the artworks of Zenit TTL and that's why I make this second project.
Actually there is no feedback for now, the project is new. But I hope people will like them and inspire me to make more cameras, vintage, classic cameras and modern artworks for them.

Next one will be a "Brick", an American Argus C3 with standard 50mm Argus lens.