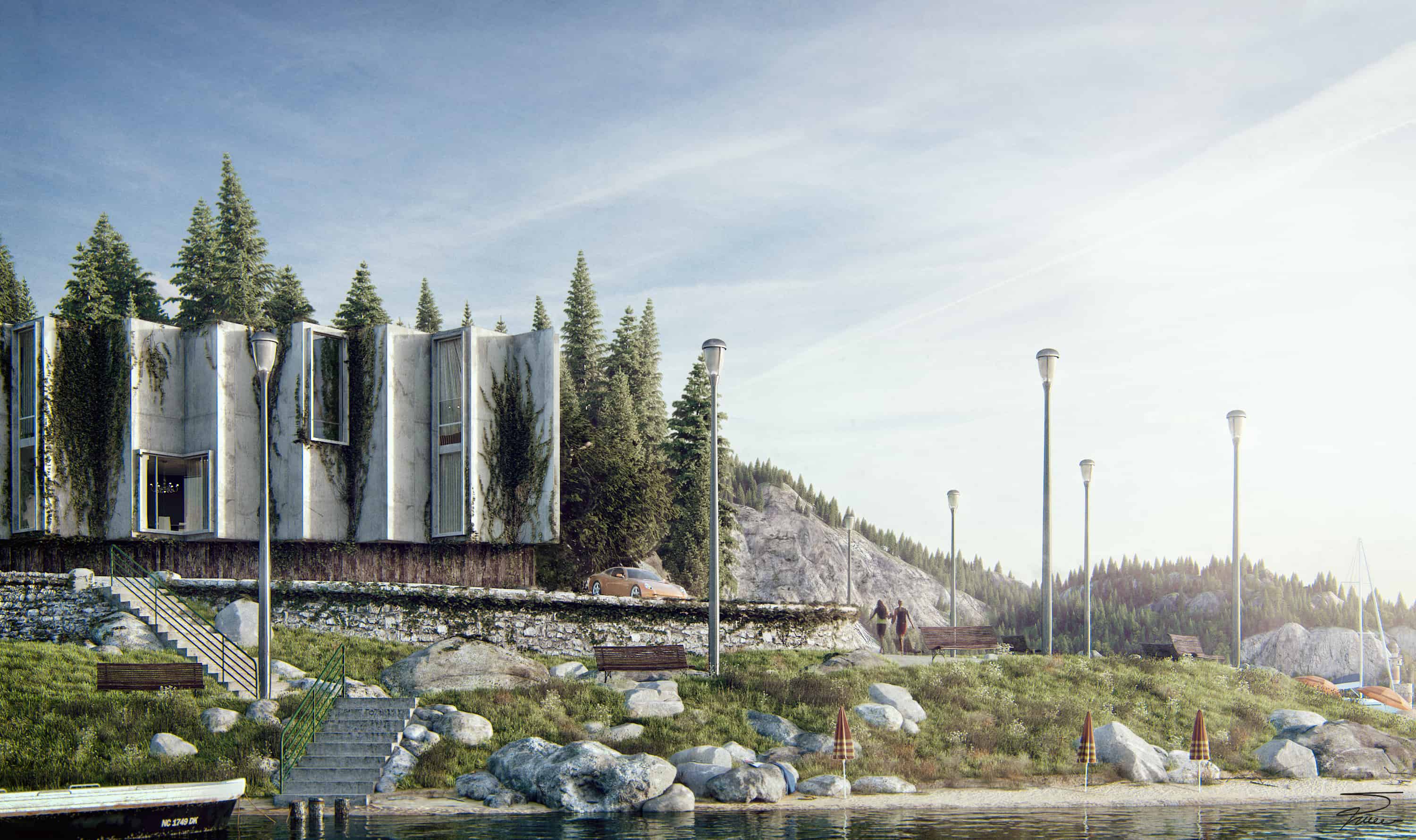 Summer House project is a noncommercial work by architect/3d visualizer Ognjen Džomba that was just waiting to be done. He sketched and modeled this idea piece by piece for some time without any pressure of sticking to a plan or an idea by a client.

Right after summer vacation I had clear idea what I had to do with them. I wanted to give this place my own impression. On every project, I try to put something personal inside. The story behind a work is the most important thing to me during the process of creation. On this project, I tried on every element to have a certain motive and purpose of creating nostalgic atmosphere of departure, of leaving my ‘summer house’.
-Ognjen Džomba That said, I knew ambient was most important thing there, and I was not satisfied with atmosphere in common work of 2D collage in postproduction, so I tried to work on full 3D project.
From the start I knew that design would be tedious work of trial and error, wear and tear, until I got the right mood. Almost every model, trees, grass, stones, mountains, boat, etc. was modeled and textured just for this scene.
-Ognjen Džomba Storytelling, however it obscure it might be, is something that I personally find that’s dividing me apart from other artists. Style is something that is changeable for me; I’m more oriented towards ‘why’ then ‘how’. I find depicting emotions and moment more important even doing commercial projects. As my biggest inspirations I would mention film art (mainly French cinema).
-Ognjen Džomba The best advice I can give for every fellow artist would always be: that we can improve ourselves and our work, only if we find what makes us warm.
-Ognjen Džomba Ognjen Džomba was born in 1982 in small town in Bosnia. In 1994 he came to Serbia and in the year 2005, he finished studying at the Faculty of Technical Sciences in Novi Sad, as Master of Architectural Engineering. He worked in a several architectural offices for 5 years. In 2010, he founded his own small studio accompanied with his good friend. In a very short time, he was working more and more architectural visualizations and soon realized that he had artistic then technical side so he decided to move completely toward 3D art. See more of his works on Behance or his website.