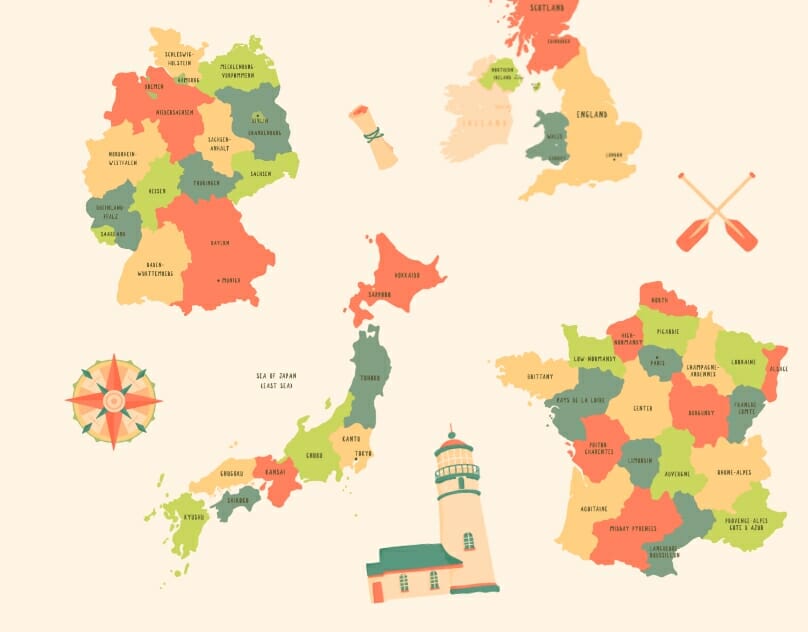 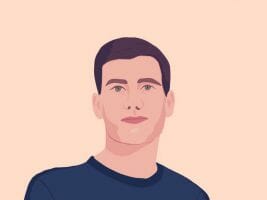 The main goal of the project was to create alternative maps that will be informative and interactive. I believe that colors can be inspiring, so I chose attractive saturated colors that can interest. Also added interesting elements that enhance the effect. Thus the project turned out fresh, pleasant and appealing to study.

I have thought about the idea of ​​the project more than once to combine illustrations with something not such interesting in order to convey new feeling of watching. My choice settled on the maps.

I started drawing illustrations of maps and realized that most of these maps are quite monotonous and don't stand out. The maps themselves are very nice and can be viewed constantly, exploring new regions. But most maps not aesthetically appealing enough so I decided to fix it and make the maps more interesting and attractive to explore.

To create the illustrations I used Procreate, Illustrator, Photoshop and XD. First I create a sketch to understand the shapes and sizes, then I try to clean this sketch to facilitate work in the future. Then, based on the sketch, I make vector elements and add text where necessary.

When all the elements and illustrations are ready, I start assembling the project. At this stage, you need to present the project correctly so that it looks like a work of art.

I learned that my initial thoughts that maps could be not only informative but also cool looking were true. After all, a large number of people responded positively to the project and the idea of creation. I think that any project can be presented more interestingly with the illustrations.

I think many people don't use illustrations for their own purposes, cause think don't fit their style but the experience of companies that experiment shows the opposite. Thanks to the illustrations you can create an incomplete style and atmosphere. So I wish inspiration and great ideas for your projects.

I'm an Ukrainian illustrator and grahpic designer based in Kyiv, Ukraine. I create covers for books and magazines and also illustrate stories. I like to experiment with colors and unusual styles to better convey the essence. I like to find interesting combinations of fonts and their successful use.
Website

4 comments on “The World Map Illustration”