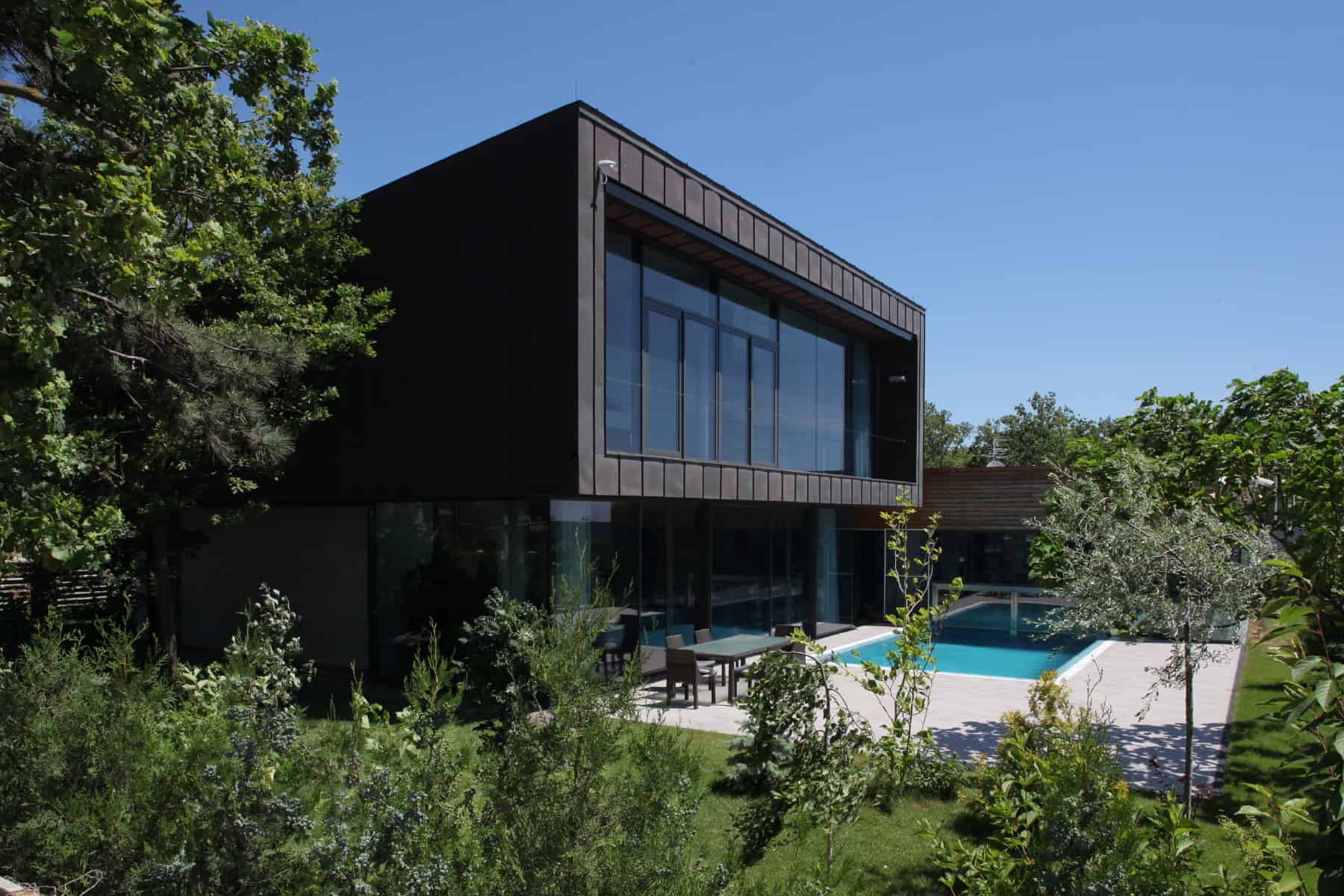 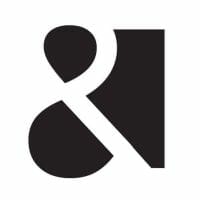 The combination of two volumes was arranged in such a way so as to allow an uninterrupted sightline between the sea and the house situated behind our plot. The location of the house itself was largely determined by the desire to preserve as many of the existing trees as possible. Another important factor was the necessity to create a harmonious interrelation between the house, the garden and the sea view. These three environments are placed each along its own line and they interact in a variety of ways, depending on the position of the observer (whether it is the garden, the house or the mirador). The entire space opens towards the sea.

The plot is situated on the edge of a steep plateau and occupies the borderline position in the row of houses. This position invited a plentiful of interpretations of open and closed spaces.

In addition to the outer sea horizon, which is a typical feature of any seaside house, we introduced another water surface – that of the swimming pool, which enhances the visible proximity of the sea. The swimming pool is composed of two parts that can be separated or joined together depending on the season. Water element is the heart of the house, which explains its name: Water Patio.

The mirador, with its barbecue spot and a sofa, plays an important role in the entire composition. Being another strategic point alongside with the terrace near the swimming pool, it invites a different perception of the house and its surrounding.

The main living space on the ground floor combines the functions of a dining room, a lounge zone and a small kitchen. The multi-purpose “island” in the middle contains audio- and visual facilities, a fireplace, a TV set, a mini-bar, air-conditioning equipment and a small library. The entire internal circulation is performed around this “island” and enables easy access to the upper floor and to the basement, which houses a gym and an indoor cinema.

The central entrance into the house divides it into two functional blocks. The lower block contains a garage, a storage room, and the so called wellness zone, with a swimming pool, sauna and hammam. The other is the living block. The skylight in the hall makes this division even more distinctive. When entering the house one immediately understands the interrelation between different zones. 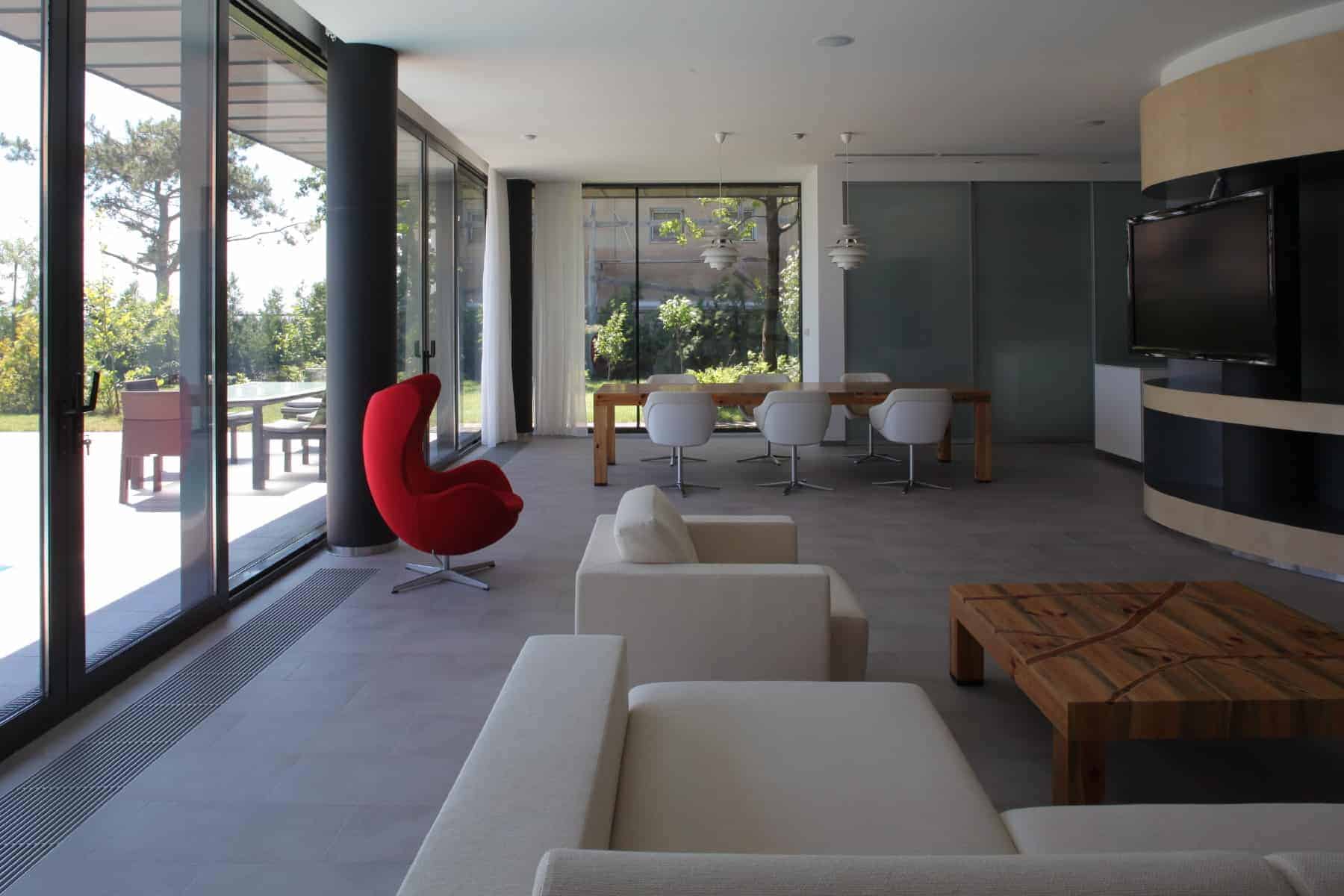 Three basic materials were used in the construction of the house: Siberian larch, stucco and copper. The latter acquired a noble tint in this coastal environment, which makes it look like rusty steel.

The garden itself is structured with the help of terraces that make it appear more spacious than it actually is. The garden is denser near the house where it serves as a protective “Mediterranean” wall. 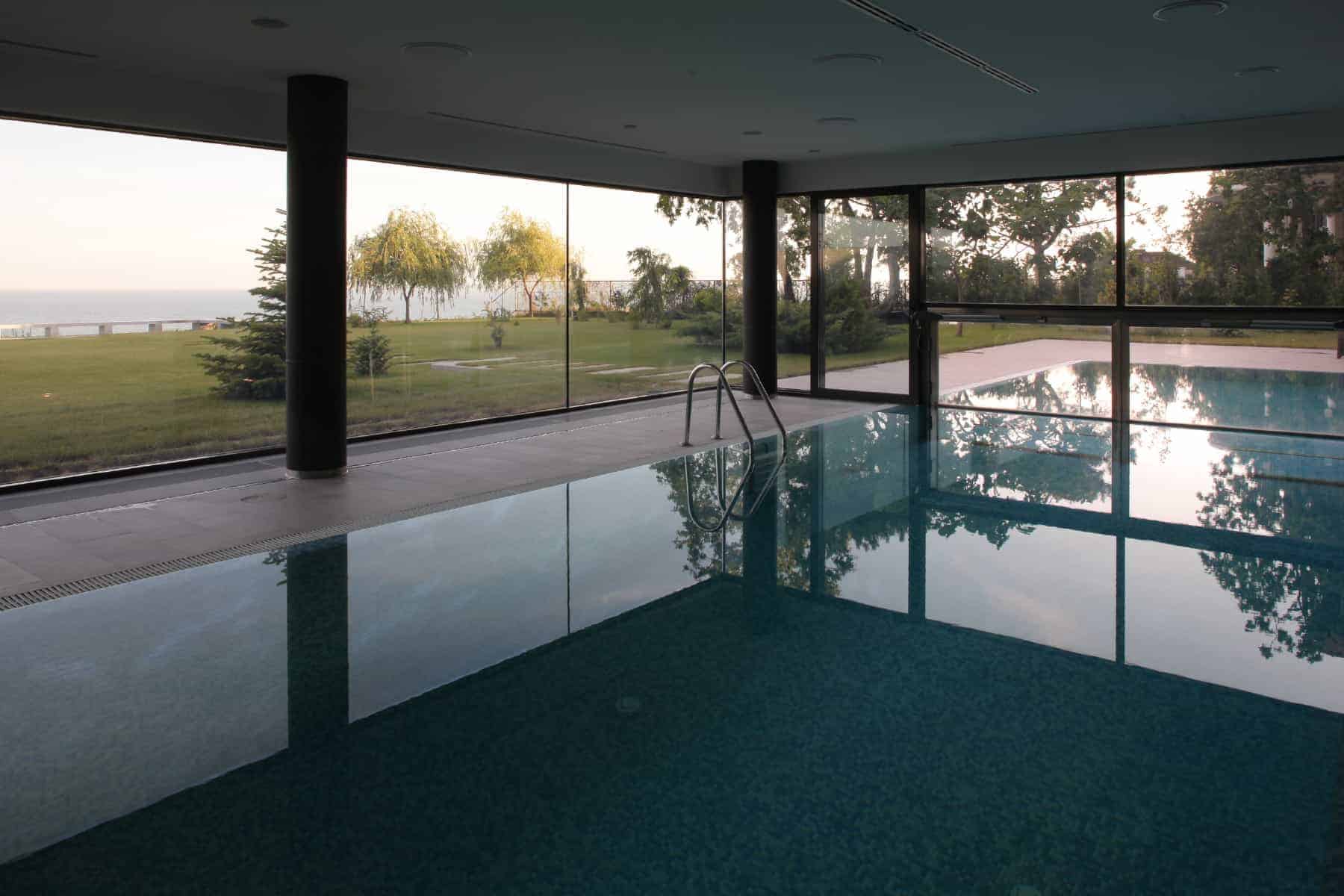 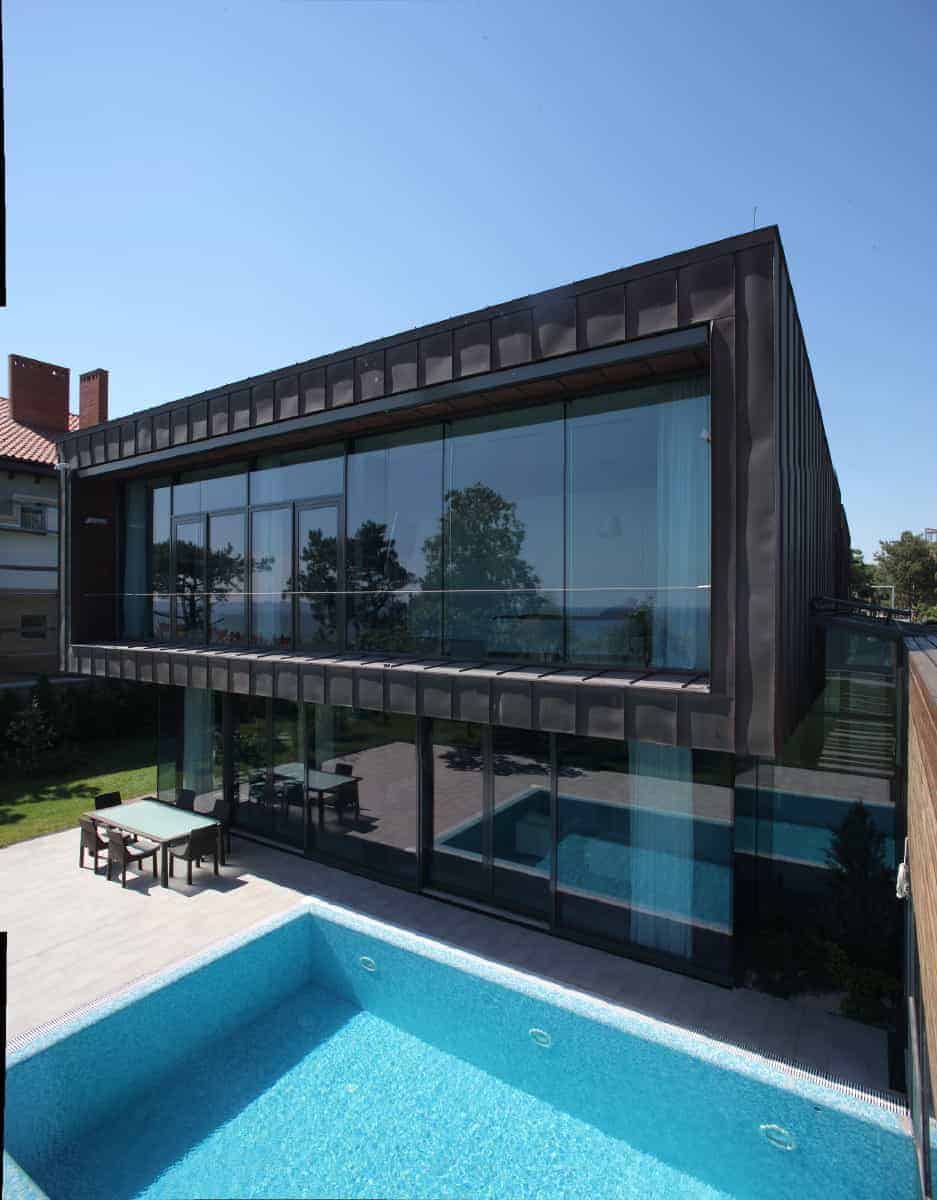 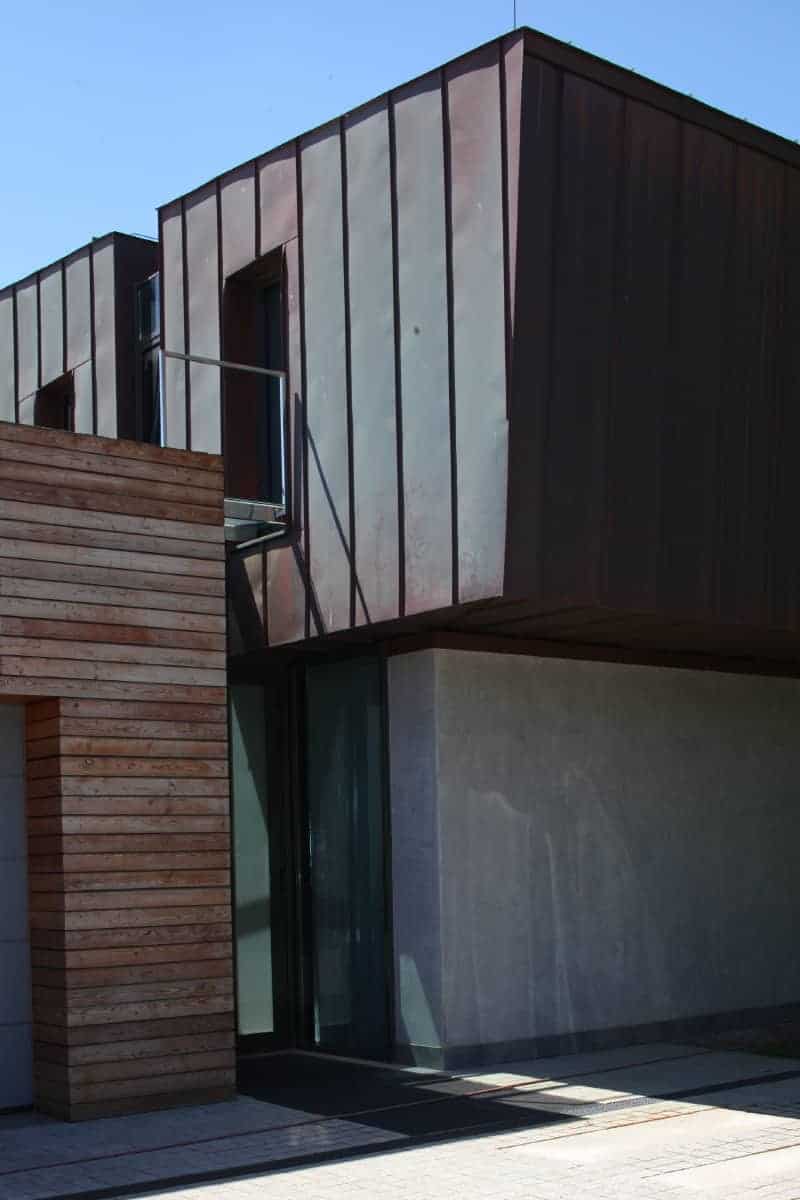 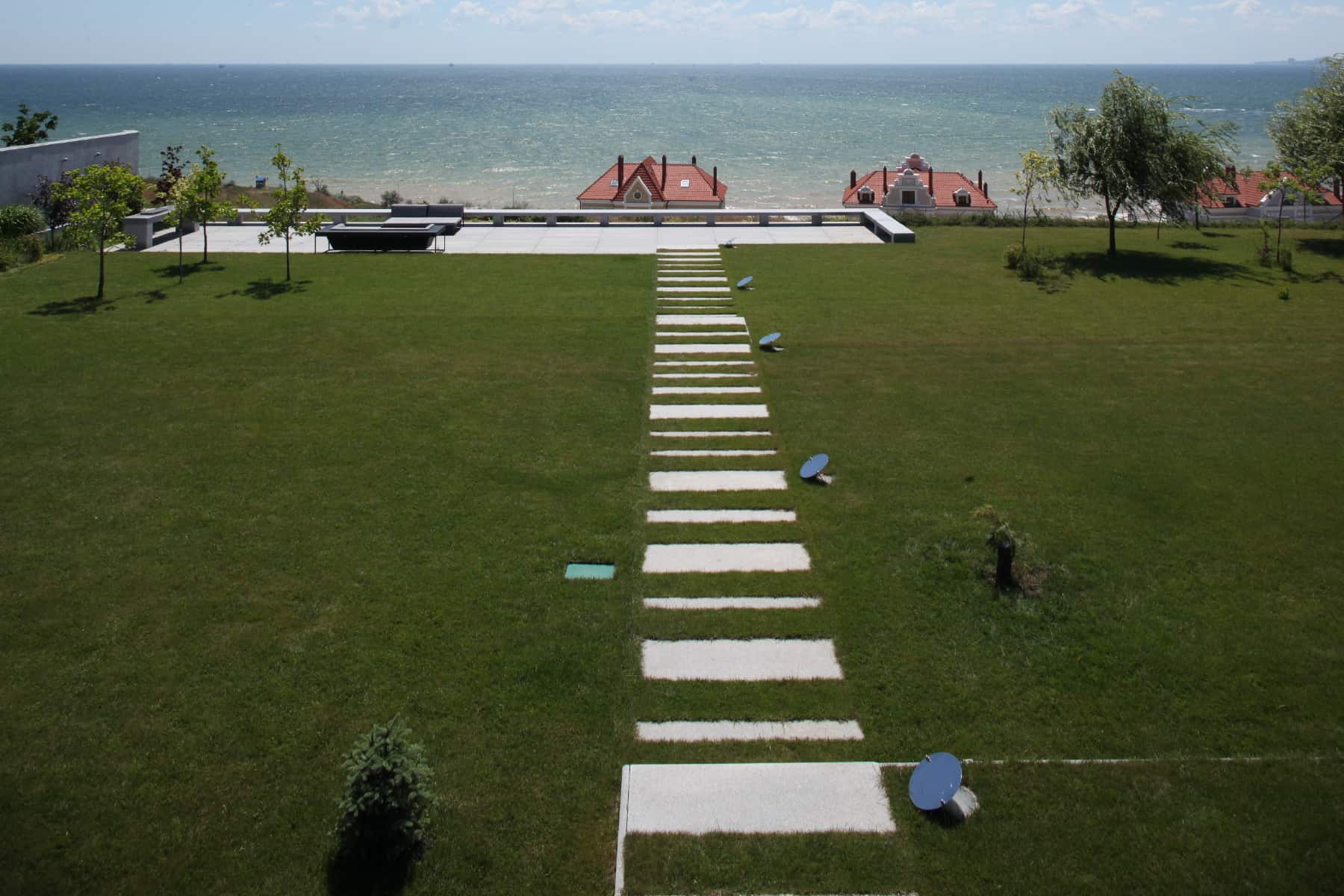 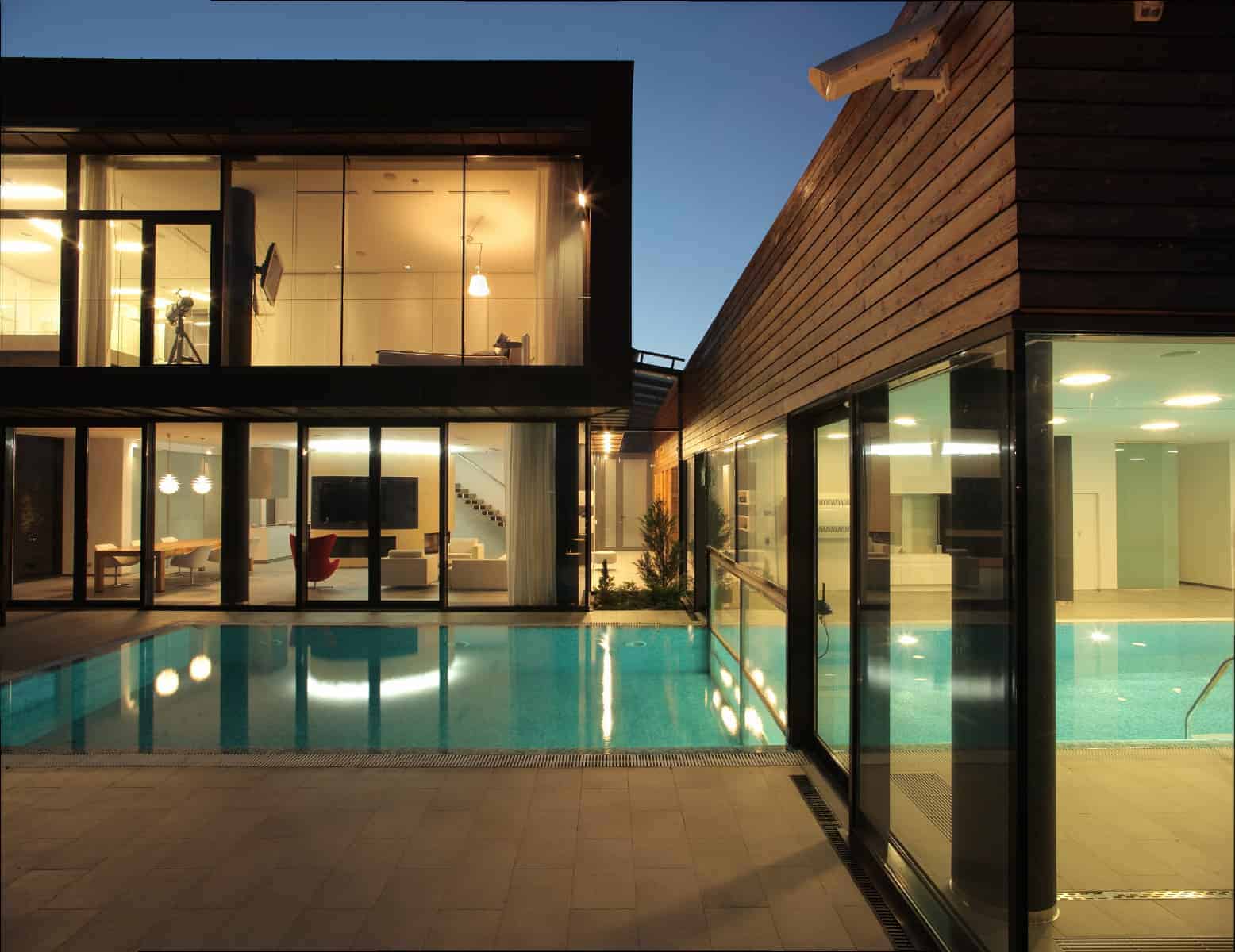 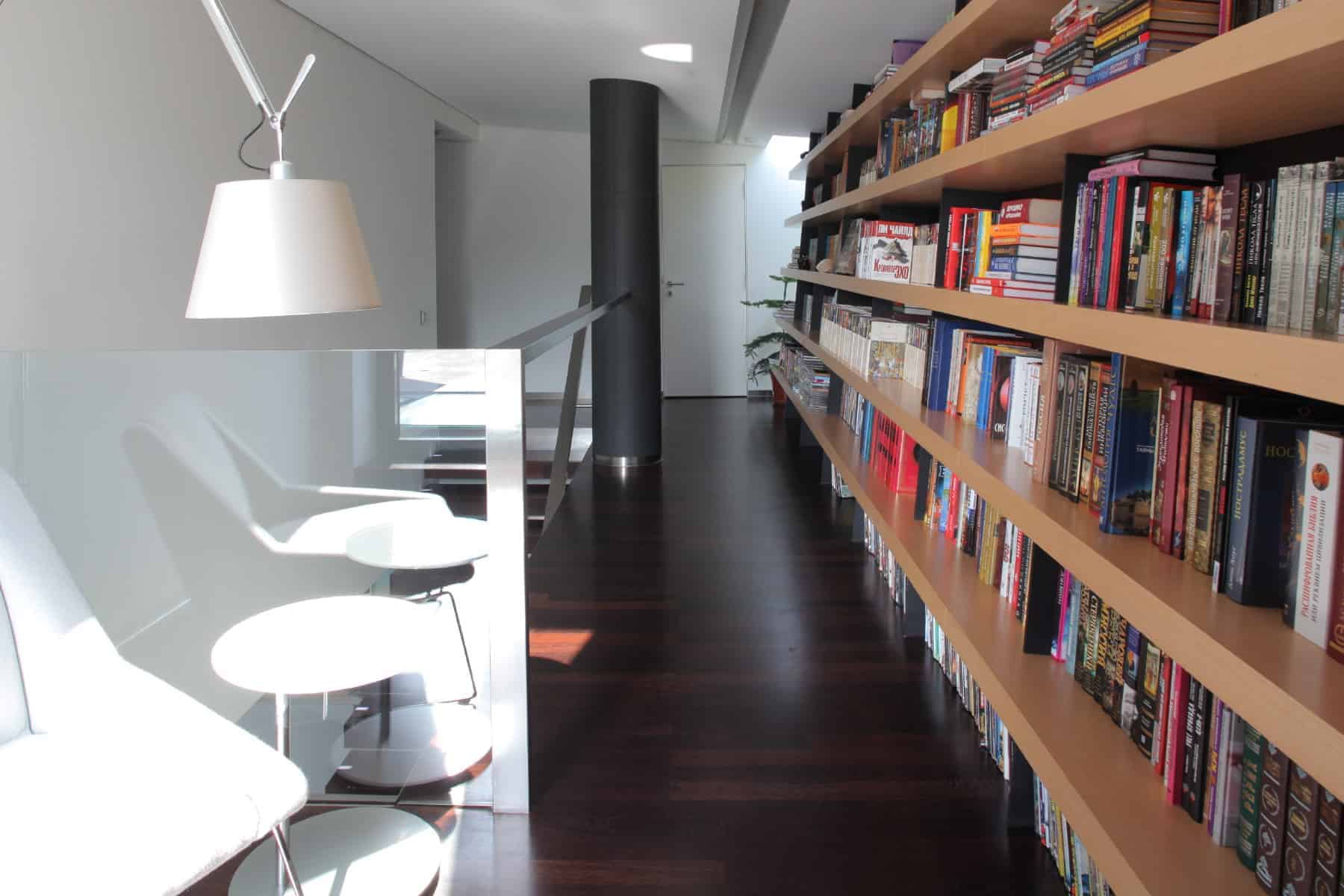 The owner of the house is a successful businessman with half-pragmatic and half-romantic personality. His grown-up children live separately, so the house has minimum isolated spaces and looks like a house for a newly-wed couple. The contrast between open and closed spaces continues in the way how the house faces the street with its closed side and opens towards the sea and the garden.

Drozdov&partners was founded in 1997. Over twenty years of our work experience, we have designed around 200 projects, many of which have been built. Some of them, regardless of their scale, have become important milestones in our practice. These are Yaske sushi-bar, Platinum Plaza office centre, Ave Plaza commerical centre, Heirloom and Carat apartment houses in Kharkiv, and a number of family houses in various cities of Ukraine.

A lot of new and important ideas accumulated over the years of our professional practice have found their concentrated implementation in the recently built family houses (Ark, House with a Peristyle, Baked by the heat and Markhouse). These projects explore a new kind of lifestyle, new relationships within the family and new perception of landscape and materials. an increasing number of projects with public function, in Ukraine as well, have been appearing in our portfolio lately, which is something we have longed for.

Most projects have been designed for ukrainian cities (Kharkiv, Kyiv and Odesa). However, the geography has been expanding significantly over the last years. а number of projects are now being done for Spain, Switzerland, Russia, Austria and France. some of the most remarkable events in recent years have been the first prize in the design competition in South Korea, the project of a cultural centre in Lviv, and the construction of Teatr na Podoli in Kyiv.