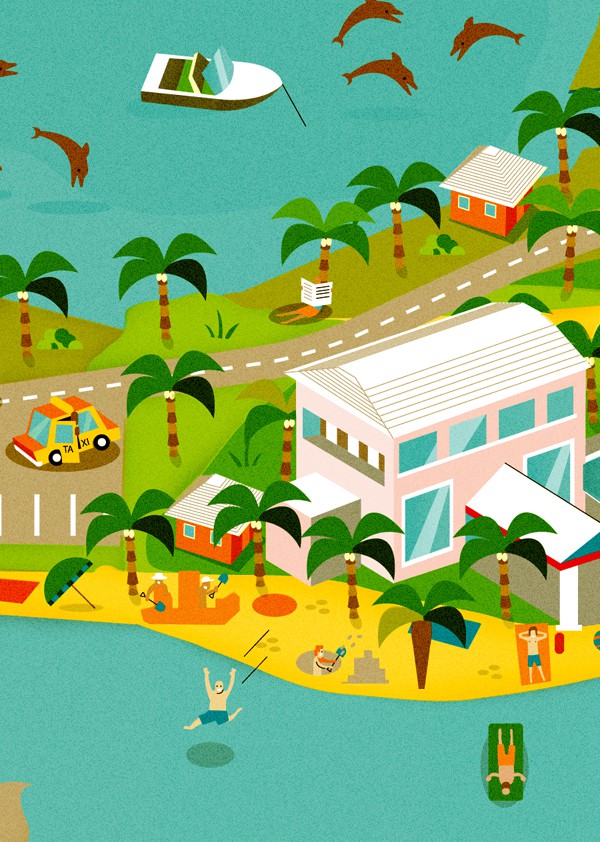 When I was young I remember being fascinated so much about the cool maps that cheered the local theme park brochures as well as magazine editorials. The details you find in these works are very intriguing and entertaining that you’d be unconsciously spending time admiring it before you even notice. Today, we feature a work by Adam Quest which he did for Slate.com and Bermuda, a tourism office.

Map was made for Slate.com and Bermuda tourism office.
They want me to illustrate over 50 spots but as the usuall maps
are boring they wanted to had one which “stick viewer eyes to it for hours”.
Hope that aim have been accomplished. 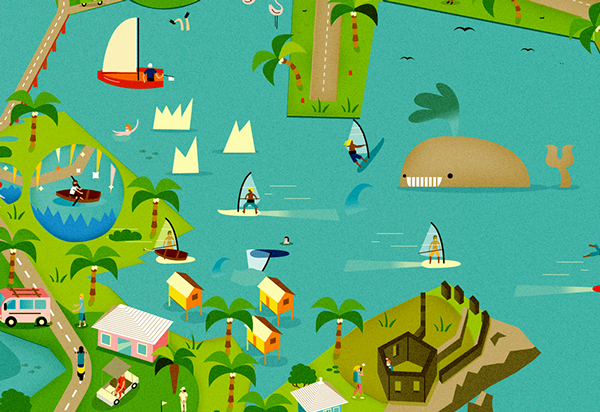 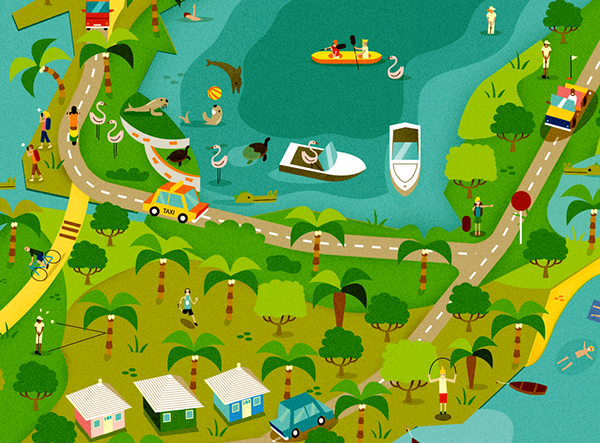 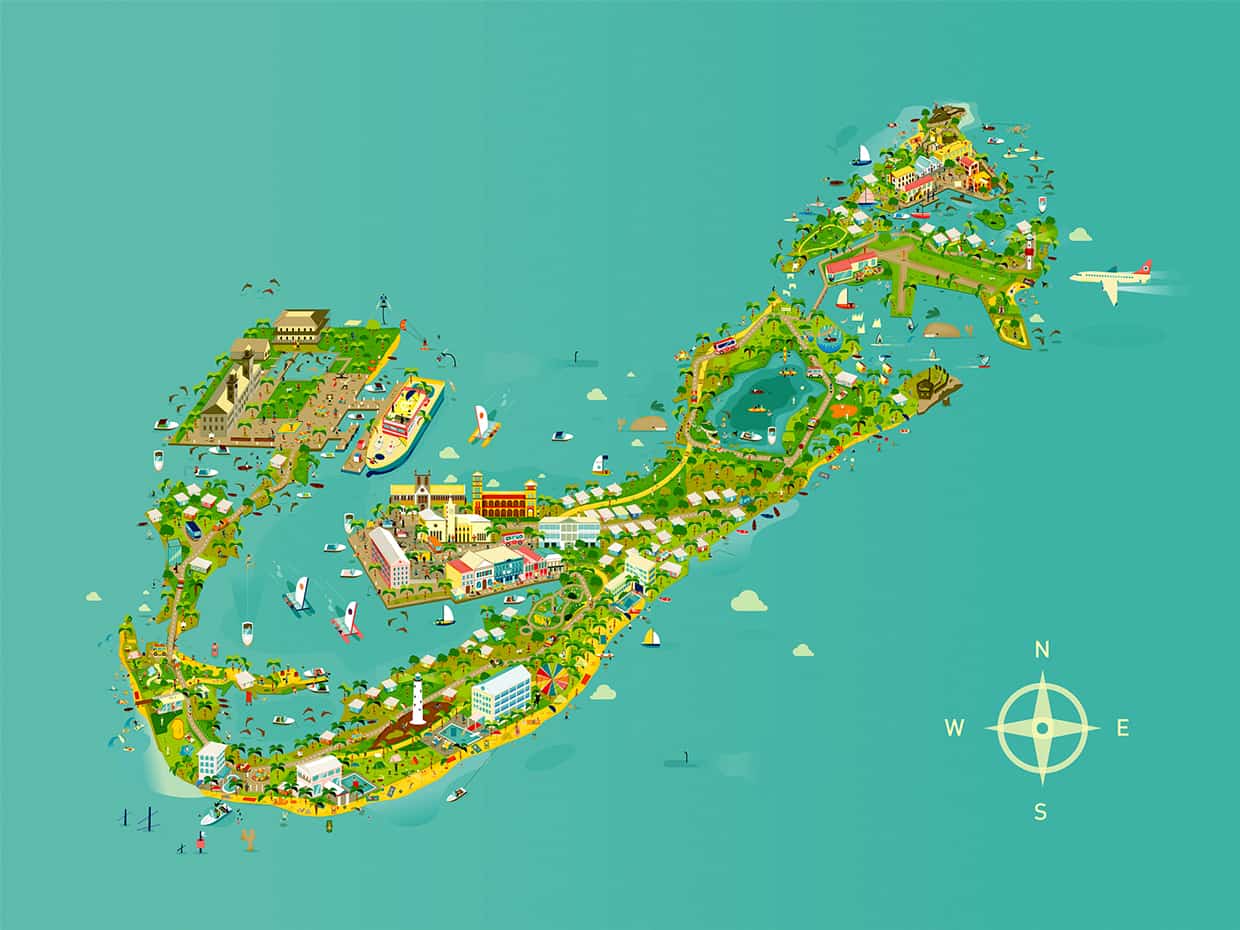 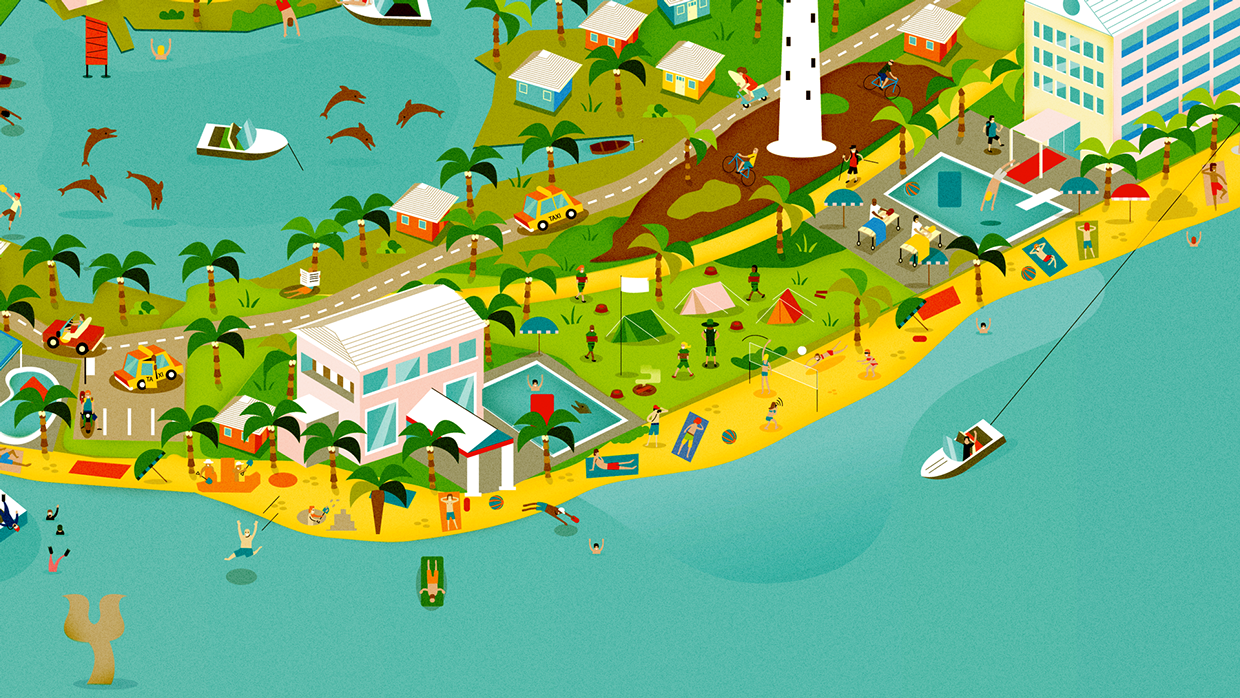 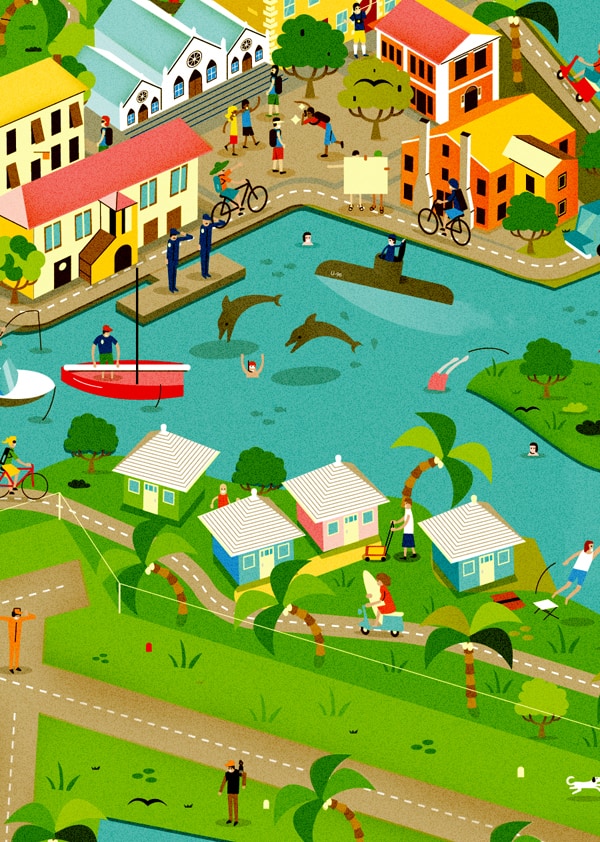 Adam is an illustrator which loves to experiment with styles and different technics/ media. He used to be a graffiti writer but since he discovered that people are getting old and it was harder to run when Police was chasing him, he decided to choose drinking coffee while making things which he loved more than having another heart attack. Adam has been illustrating since 2005. Find out more about his work by visiting his Behance profile.