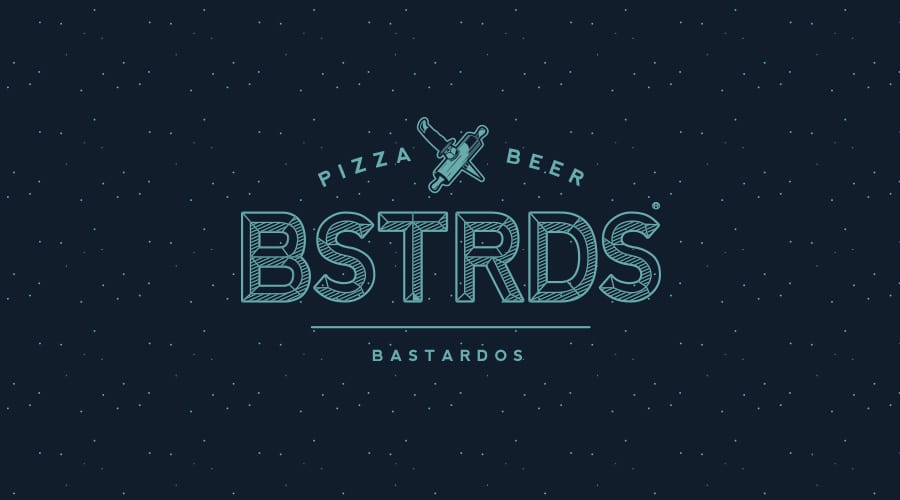 BSTRDS PIZZA is the identity of a pizzeria on the Mexico City conceptualized on Chicago in the years 20’s the wrath of the Italian gangsters was shown in this in this project is trying to rescue art deco elements, and current plague him elements and illustration for achieve a mixture of elements and a brand identity attractive and interesting.

Basically the concept of art deco give him the building style where he was to be the restaurant, also the pizza sold in this place are Chicago style, it was a matter of conceptualizing and unite ART DECO + CHICAGO, find the unifying element were gangsters, and this is approach the project graphically.

Well basically I use the adobe illustrator and a lot of pencils, sheets, a lot of draws, that’s the way.

People’s response was quite good, it is set in a nice place, good food and an attractive design to represent. The reality is that I learned a lot in this project because I’m more of an illustrator than a branding designer, this was my first project of total branding, where I was working from the concept base, logo development and application concept, hope in the future to have more than these projects to help me broaden my experience as an integral designer.

The Toñito Balderrama is the nickname of hidrocálido Illustrator Antonio Ortíz. Fascinated by color and carefree stroke; It takes about 5 years in the field of illustration, where he has been able to develop an urban style and colorful, which allowed him to venture into various brands of urban and streetwear fashion as well as several musical projects, collaborations, skate, among other twists … virtually everything that entails illustration. His work succeeded in reaching across the world, with the main market USA and Mexico, without neglecting South America, Europe, Middle East, Oceania, virtually all the world except Antarctica, thus positioning itself as one of the illustrators trade with more projection in Mexico. He is currently dabbling in the area of ​​BRANDING, branch design which called attention powerfully, without neglecting his work as an illustrator in which every day looking for improved and further refine their technique because its discretion, is far from the level that would like to be, but enjoy the ride and each illustration, because in his words “my best illustration … will be the next”