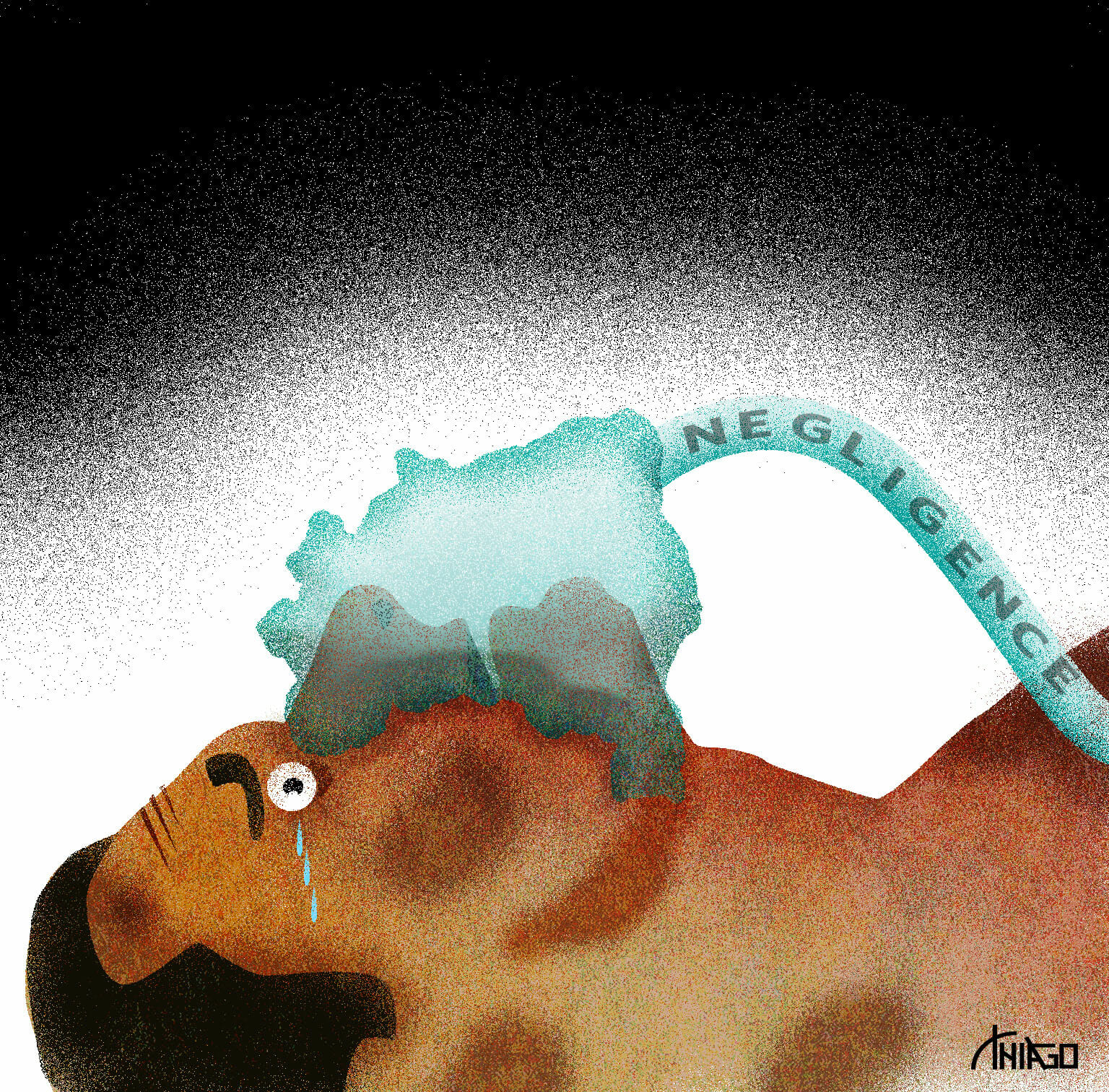 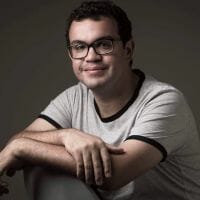 The need to carry out works on these areas that occurred due to the fact that I face daily constant neglect, neglect and abuse in Brazil and in the world.
The pandemic of the new coronavirus was a kind of magnifying glass that made the injustices, social inequalities and abuses of the political authorities more evident and visceral. The effects of the health crisis that we are going through are very uneven, the poorest end up suffering even more, as they do not have the same sanitary conditions and basic health care as a person with the best financial conditions. It is a scenario of great injustice. In addition, my country has a fascist President of the Republic in power, completely devoid of empathy and social sensitivity, dealing with public health issues with complete disregard. 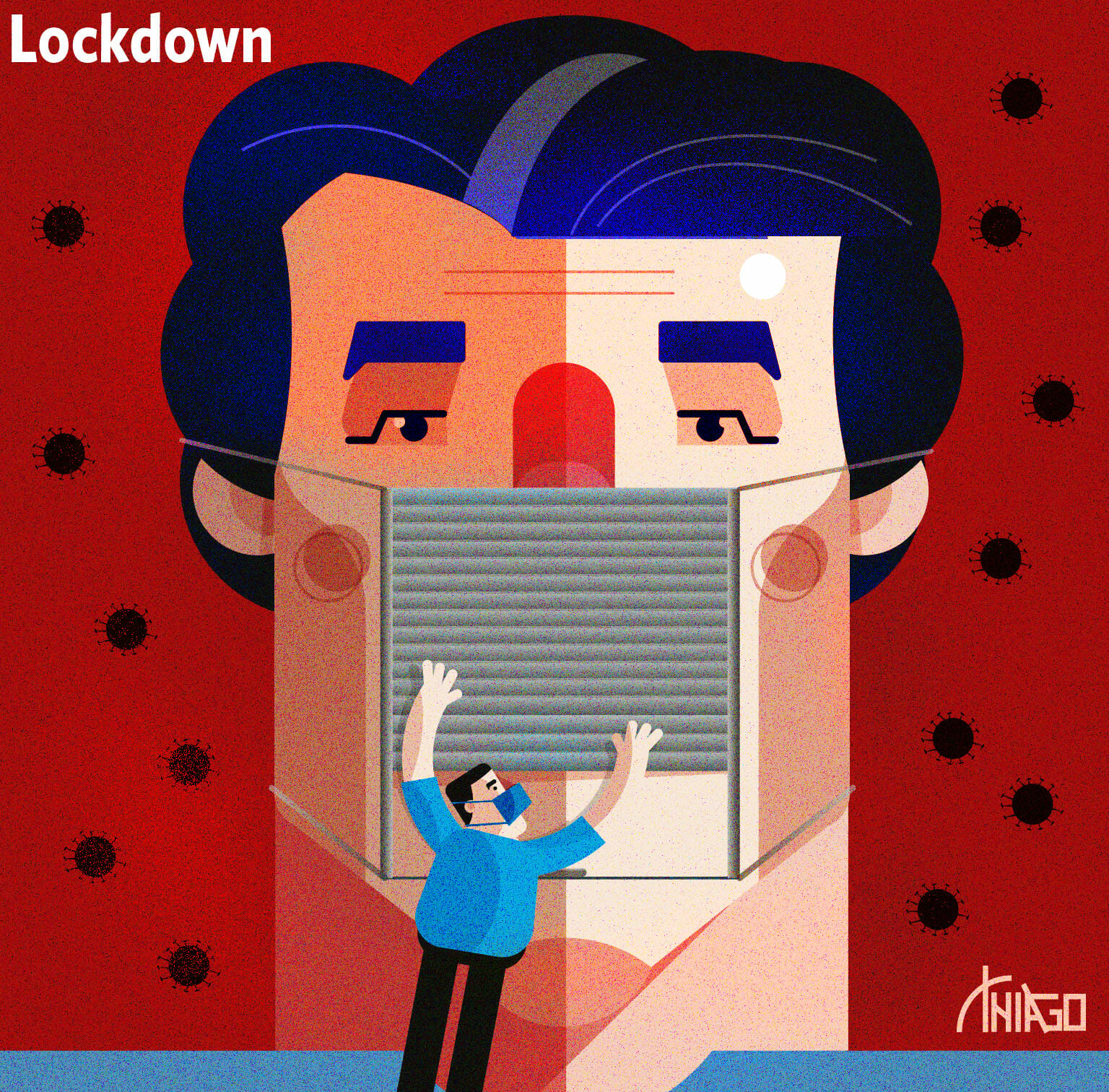 The cartoonist's work is a constant observation and analysis of reality and society, this incessant search for interpreting the political, economic and social aspects of the world is already automatic in our daily lives. It is a real catharsis. The motivation for the work "Negligence" was the neglect of the Brazilian authorities in dealing with a coronavirus pandemic. In Manaus, in northern Brazil, patients died of suffocation due to lack of oxygen equipment. A tragedy. 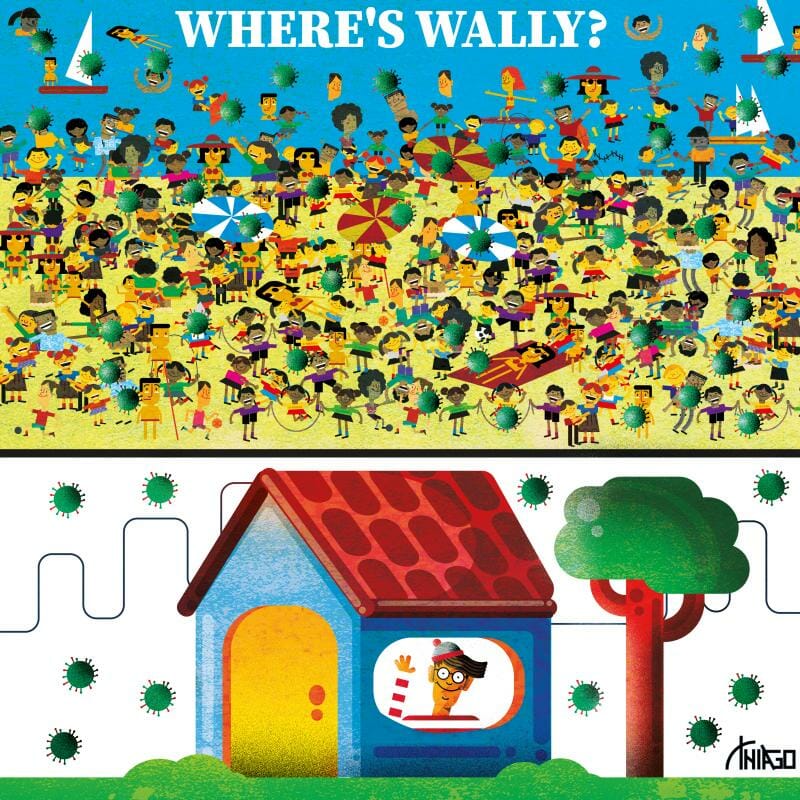 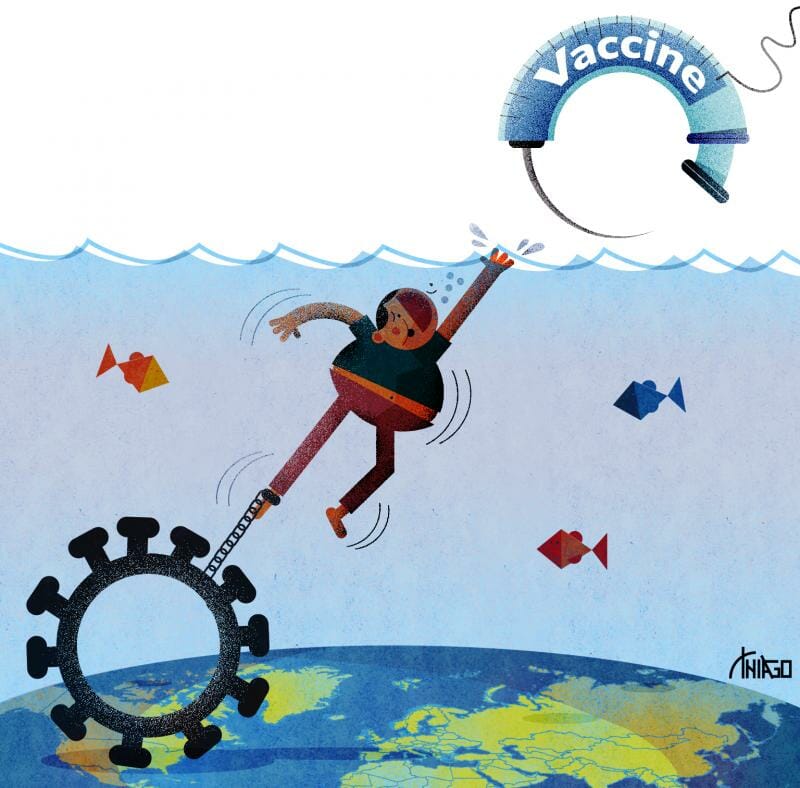 First I did the sketch and studied with pencil and paper. So I went to the computer where I used Adobe Photoshop to finish building the image. I used textures created by me and tried to use the color palette to convey the tension, anguish, suffering and fear of a sick person. 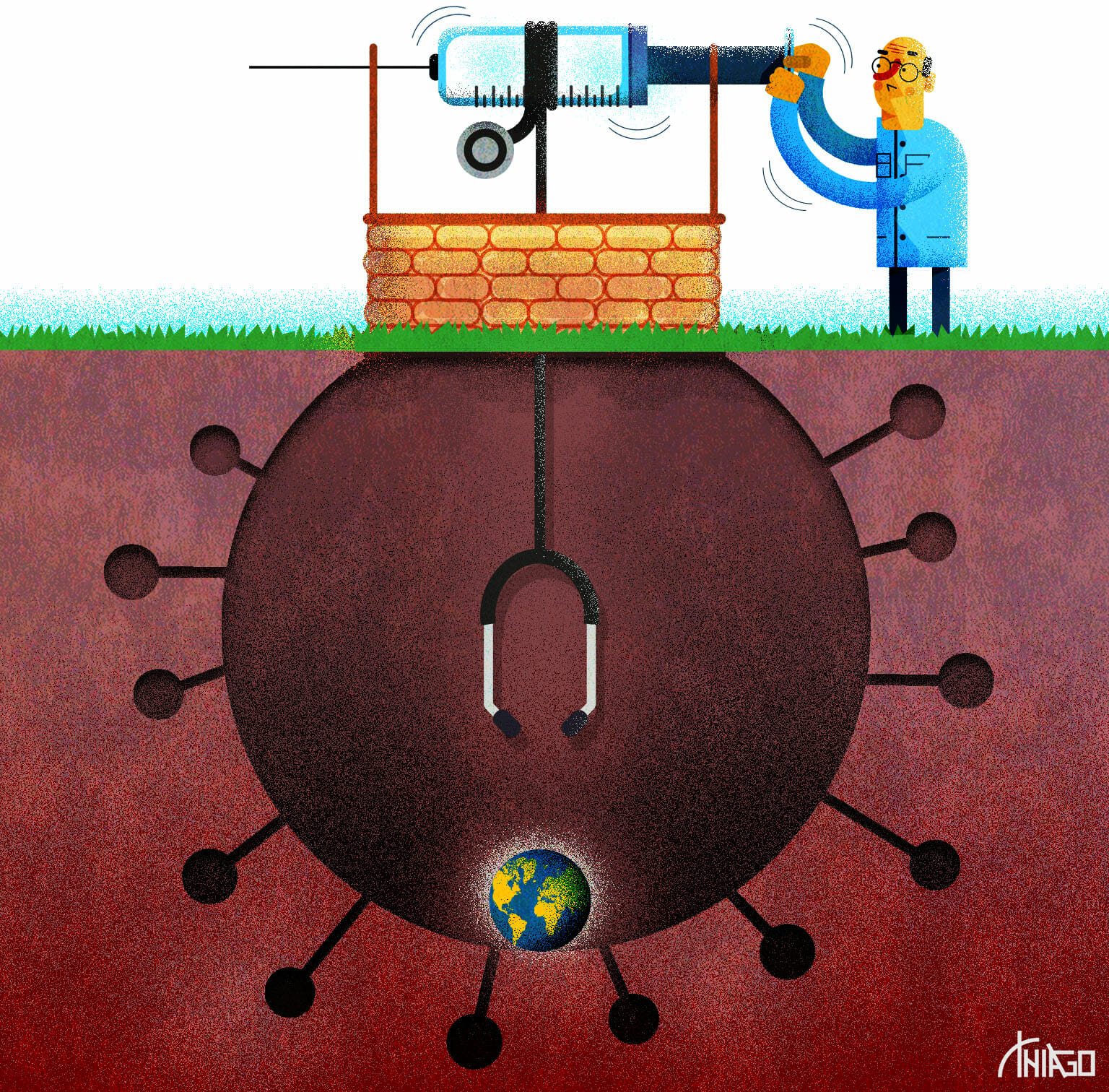 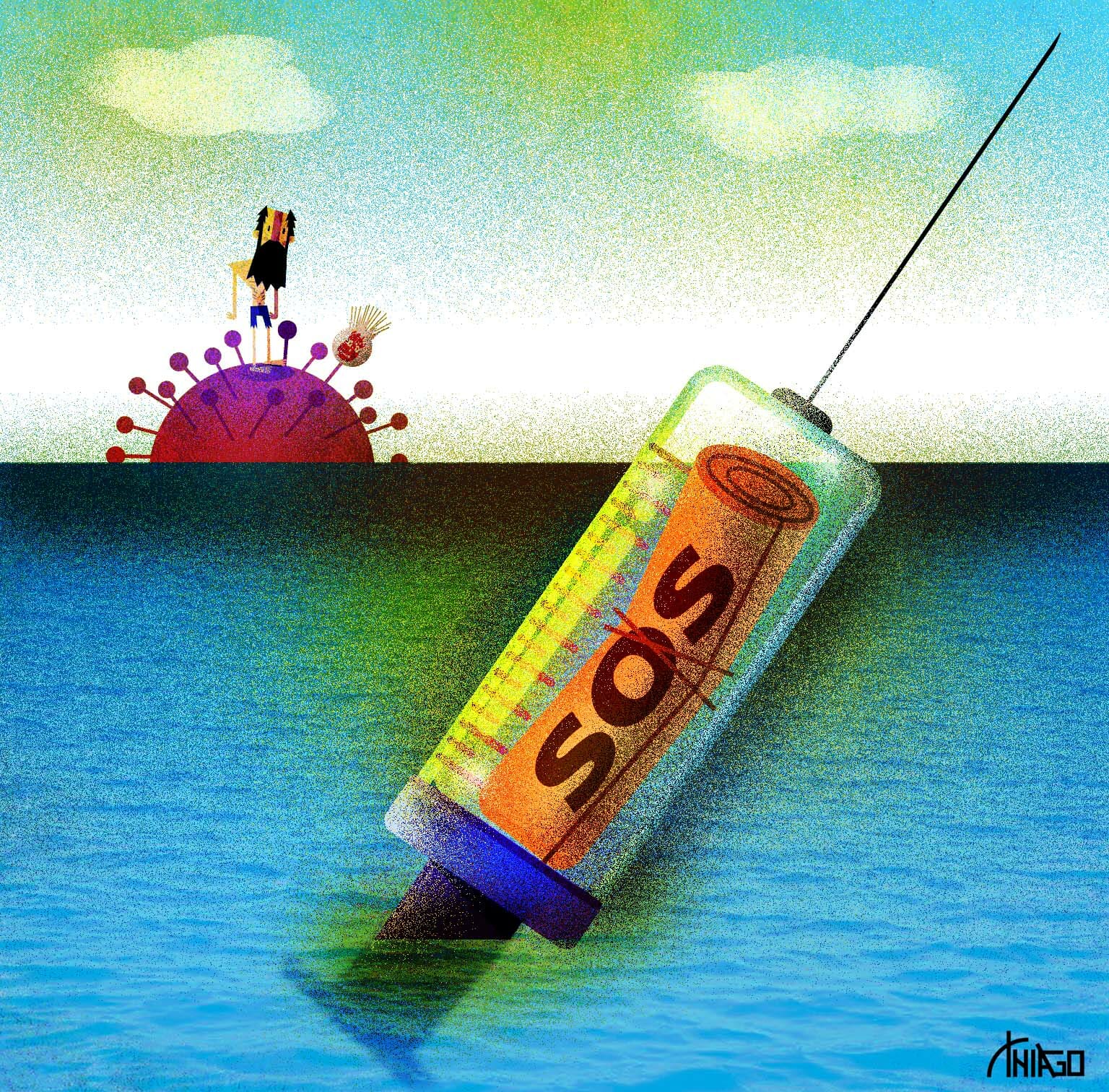 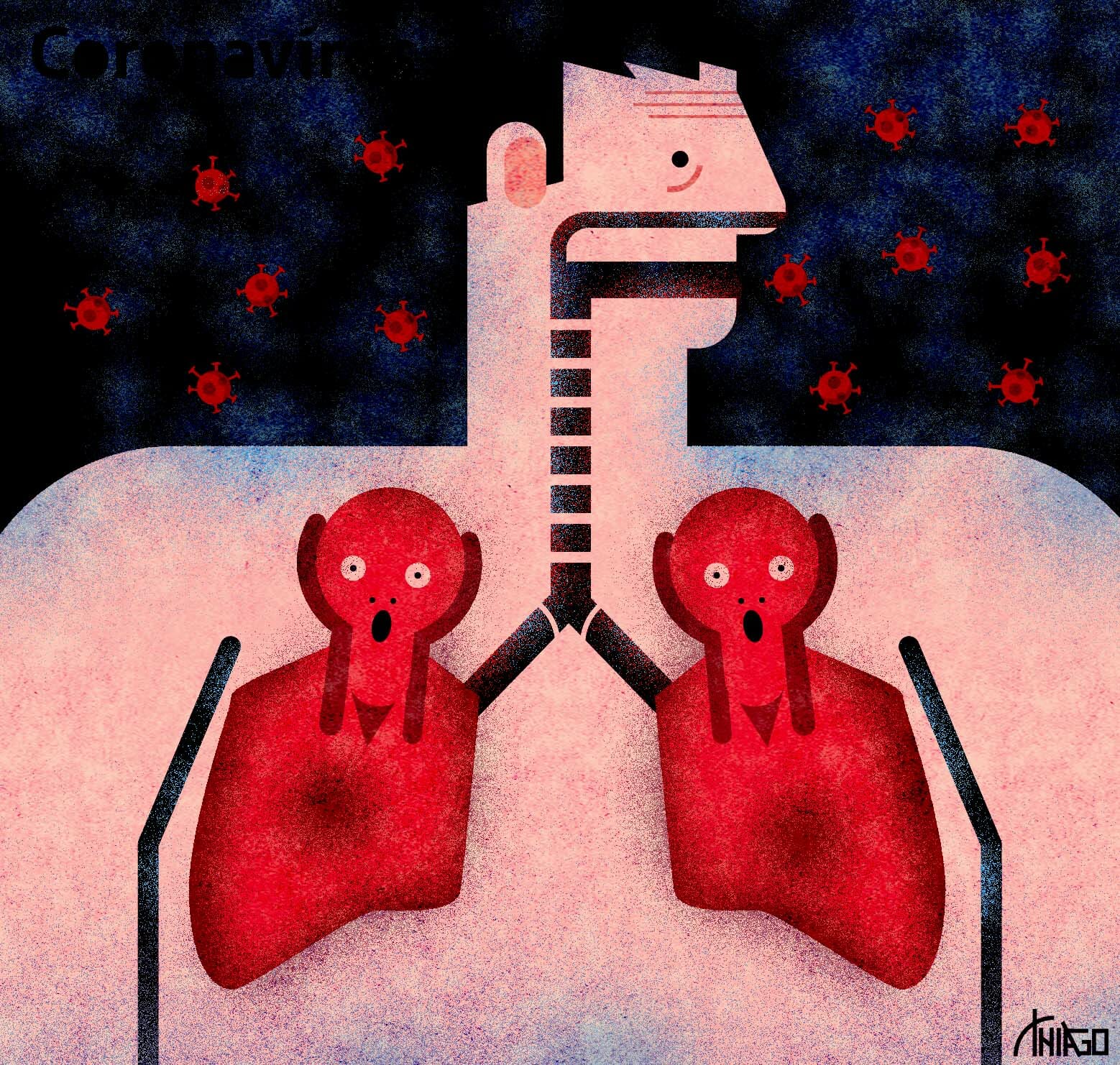 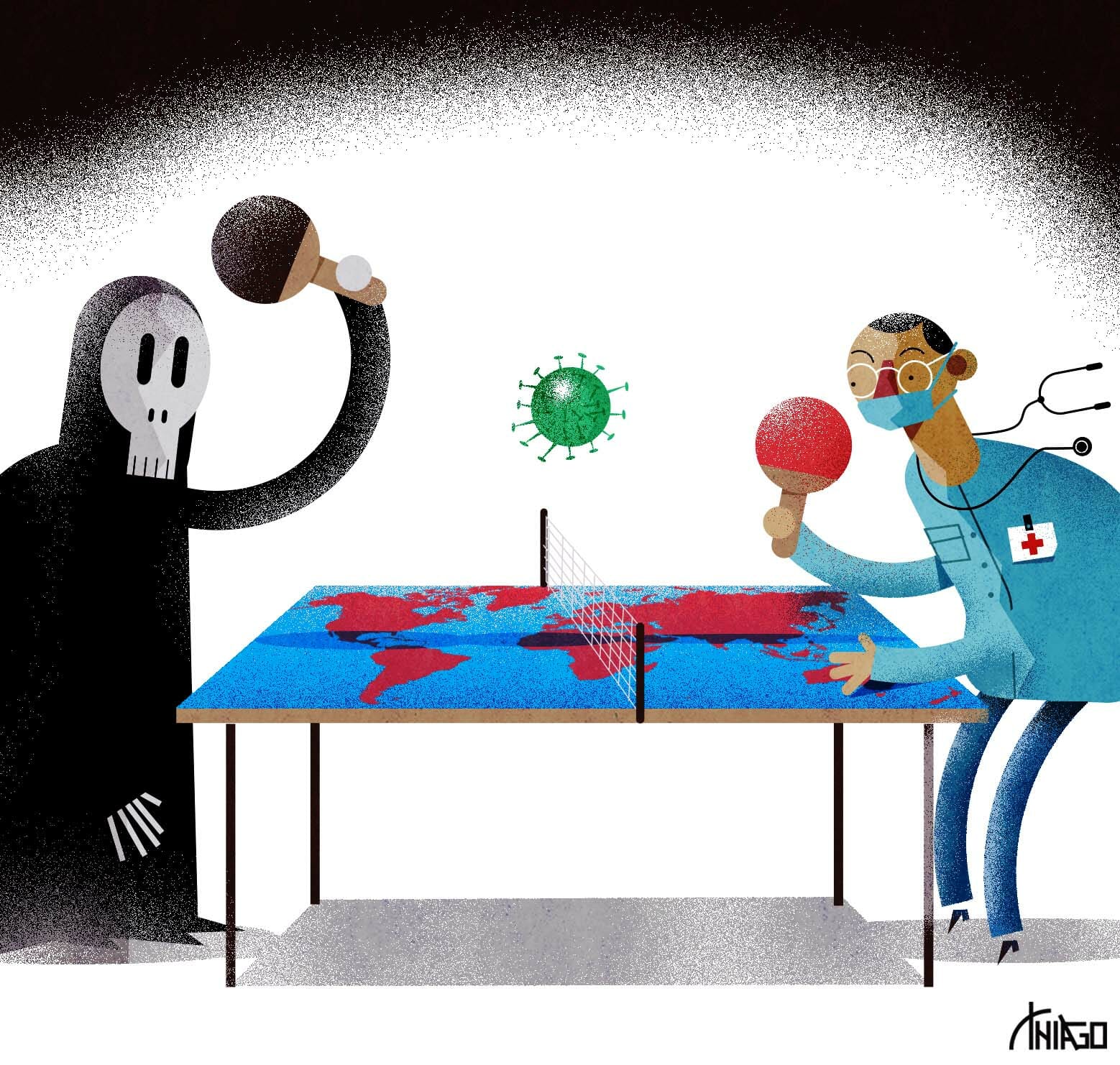 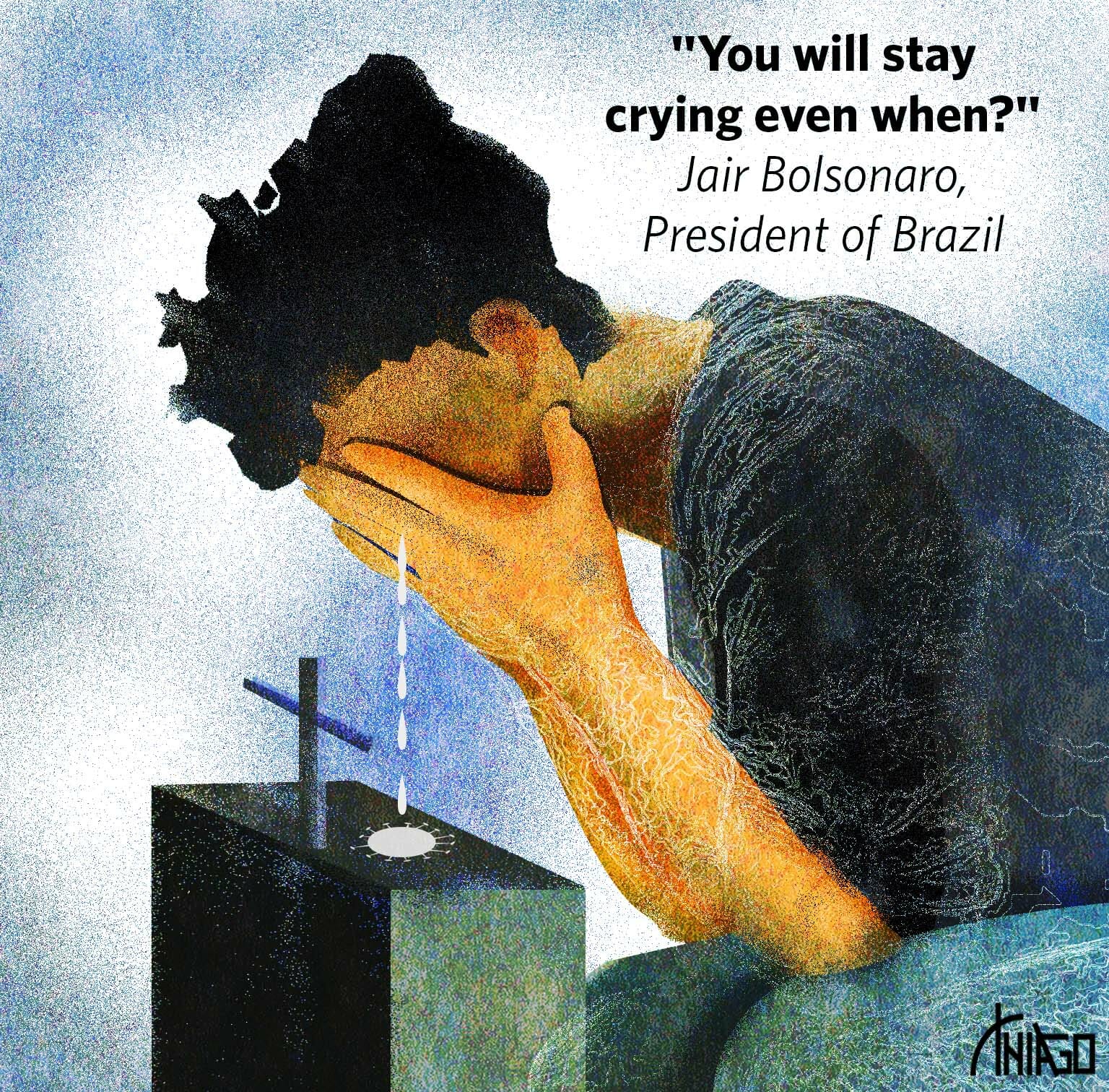 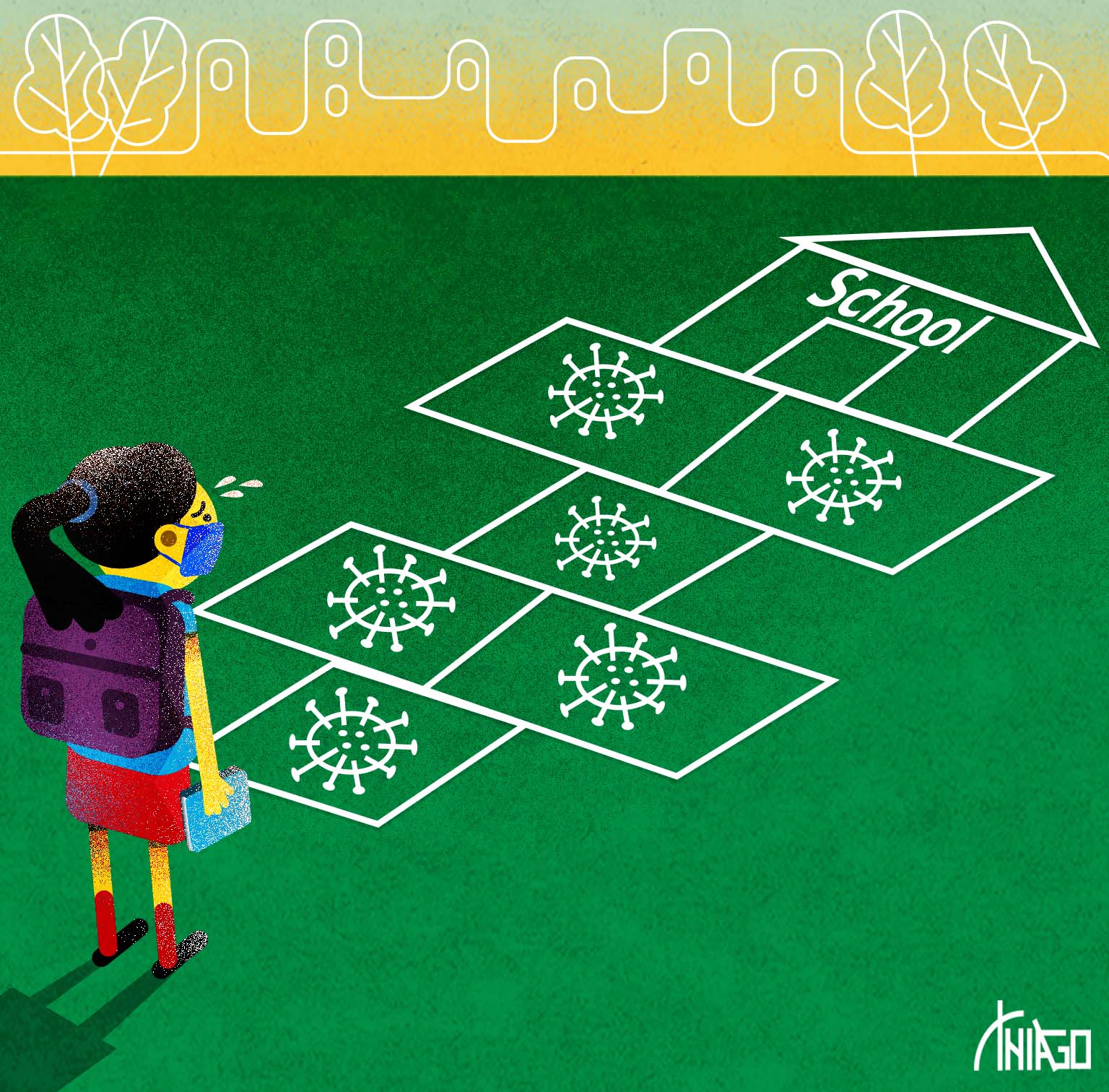 For me, in addition to technical issues, the difficulties are more focused on having to portray themes of great suffering and on injustices for the less fortunate, such as prejudices, violence, social inequalities, etc. The cartoonist needs to expose the insides of social ills, and this activity of diving into this ocean of pain, suffering and blood is a task that leaves us very moved and out of breath.

Thiago Lucas is from Pernambuco, born in Recife in 1987, is a historian graduated from the Federal University of Pernambuco (UFPE) and has a post-graduate degree in History of the Northeast from the Catholic University of Pernambuco (UNICAP), during this period a research on cargo as critical discourse on the "Drought Industry" in northeastern Brazil.
His interest in charges and caricatures arose at the age of 14, when he started to follow the drawings published in the newspapers of Pernambuco, since then, he has built a dream and a certainty for his life: “to be a cartoonist”. For him, interpreting the world through graphic humor is a form of resistance and engagement in the face of such an unequal and exclusive world.
From then on, he specialized in the area of ​​image representation and determined some professional works, among them, in the newspaper Folha de Pernambuco during the period from 2009 to 2015, working as a cartoonist and illustrator, and, currently, with the same function in the Jornal System. do Commercio de Comunicação (PE).
Among the publications, his participation in the works Ao Mestre Com Carinho - biographical book in honor of Ziraldo's 85 years, organized by Edra Amorim, O Santo Revelado - Dom Helder Camara Photobiography, organized by Augusto Lins Soares and the catalog of the Muestra Internacional de las Artes de Humor, promoted by the Universidad de Alcalá de Henares, from Spain. In addition, his charges, illustrations and caricatures have been published in magazines, websites, newspapers and textbooks.
He has also been awarded prizes in several humor salons in Brazil and abroad, in addition to participating in various alternatives and catalogs of graphic arts around the world.

I would like to present some of my work: